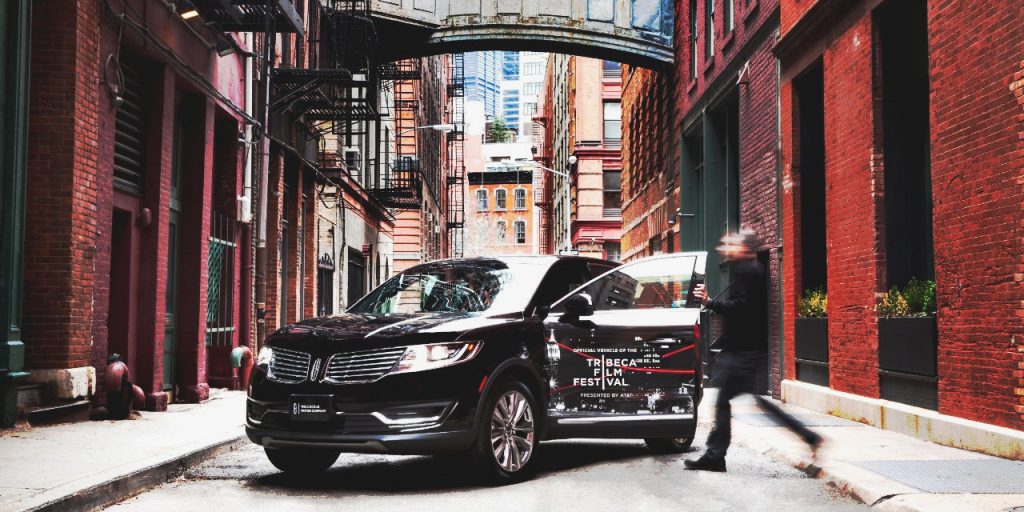 For a third consecutive year, Ford’s Lincoln Motor Company division will be a signature sponsor of the annual Tribeca Film Festival in New York. The luxury brand will be the official vehicle of the 2016 Tribeca Film Festival, and will highlight the all-new MKX, the MKC, and the Navigator.

“Lincoln’s partnership with the 2016 Tribeca Film Festival has allowed us to bring the brand’s passion for film, music and innovation to life,” says Lincoln Group Marketing Manager John Emmert. “Lincoln is injecting a more human approach into the engaging experiences we’re creating, helping the brand connect with the young, aspirational guests in attendance.”

To connect with festival attendees, Lincoln Motor Company will be sponsoring all 36 films in the Tribeca “Spotlight Series,” and on each day of the festival, the Lincoln Black Label Box Office will hand out gourmet popcorn to 300 guests, and seven free screening tickets to a lucky few. In addition, a Lincoln Black Label Filmmaker Lounge will be hosted at Spring Studios – the festival’s hub. Here, filmmakers and other professionals from the industry can connect, and a Black Label concierge will be on-hand.

Lincoln Motor Company has made tremendous strides to lower the average age of its customer-base. Less than a decade ago, the brand’s average age of ownership was among the oldest in the industry at 67. Today, it’s in the high 50s. The company also reports that just since 2013, sales to customers aged 35 to 44 years have increased 29 percent, largely thanks to SUV segment offerings like the MKC and Navigator.

Part of the luxury brand’s success, no doubt, is thanks to spokesperson Matthew McConaughey‘s off-the-charts levels of cool.