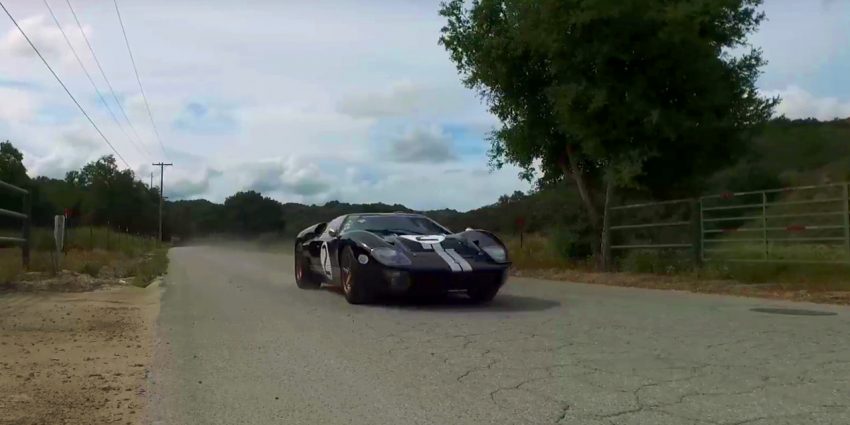 From the annals of American motoring history, there are precious few cars so likely to make a diehard petrolhead foam at the mouth as the legendary Ford GT40.

Of course, seeing as any given Ford GT40 example will handily fetch millions of dollars at auction, replicas are far and away the most attainable means of snatching one up. In the latest episode of The Smoking Tire’s One Take, Matt Farah shows us why the Ford GT40 replica owner has reason to envy no one.

The Ford GT40 Mk II replica driven here is built by Superformance – the same California-based firm that has so precisely replicated the Shelby Cobra and Daytona Coupe. It’s a true “continuation car,” built to almost the exact same specifications as the Le Mans-winning Mk II original, with the same steel monocoque and fiberglass body. In fact, 95 percent of its parts are interchangeable with an authentic, vintage Ford GT40.

This is about as genuine as replicas come.

Granted, there are differences. The engine powering this Ford GT40 Mk II replica is a Roush unit bored out from 351 to 427 cubic-inches, coupled to a ZF 5-speed gearbox, and according to Mr. Farah, some of the original car’s lightweight magnesium parts have been replaced with aluminum.

Still, with a price tag of around $170,000 – many times less than what you could expect to pay for the genuine article – we don’t imagine you’ll be morose about it for very long.

Be sure to check out the latest episode of The Smoking Tire’s One Take above.