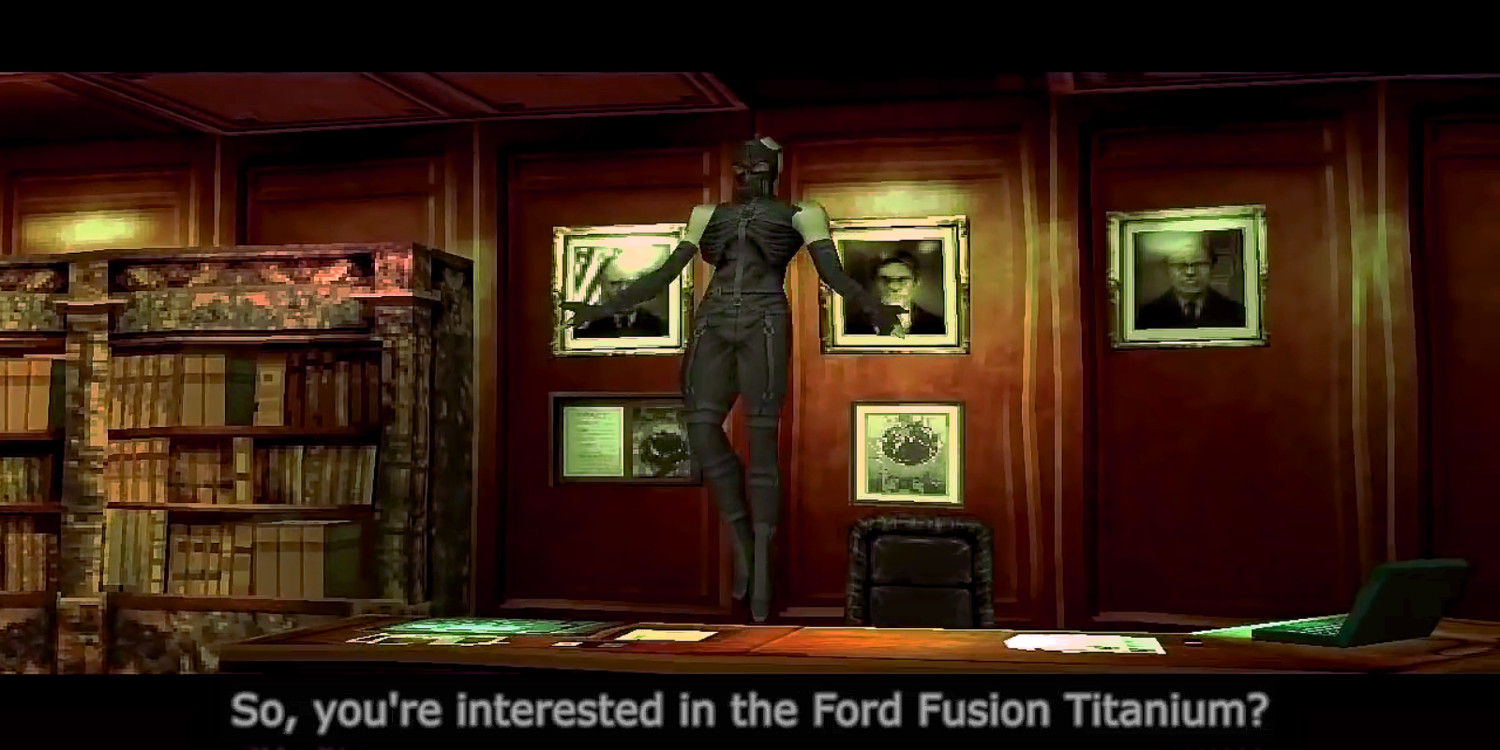 With the recent string of Ford ads featuring overdubbed clips from the Dragon Ball Z anime series, the automaker had millennial buyers squarely in its cross-hairs, making fun, cheeky references to the popular media that younger buyers would likely have grown up on.

The trend continues with this overdub Metal Gear Solid ad, wherein the video game’s hero, Solid Snake, finds himself face-to-face with Psycho Mantis – a psychic foe with powers of telekinesis who can peer into Snake’s deepest, most private wishes. One of those wishes, it turns out, is that Snake really, really wants a Ford Fusion Titanium.

And really, who can blame him? The Ford Fusion Titanium comes standard with a 2.0-liter EcoBoost engine, good for about 230 horsepower, along with a 12-speaker Sony audio system, “perfect for listening to long codec calls.” A power moonroof, plus plenty of active driver assistance features, are available as well

We’ll admit; we’re somewhat surprised that this latest overdub ad is for the Ford Fusion, and not a crossover or SUV. Research shows that the SUV segment might grow to as much as 40 percent of the US market by 2020, with growth largely driven by millennial consumers.

Perhaps a Legend of Zelda-themed Ford Explorer dub is next on the list.