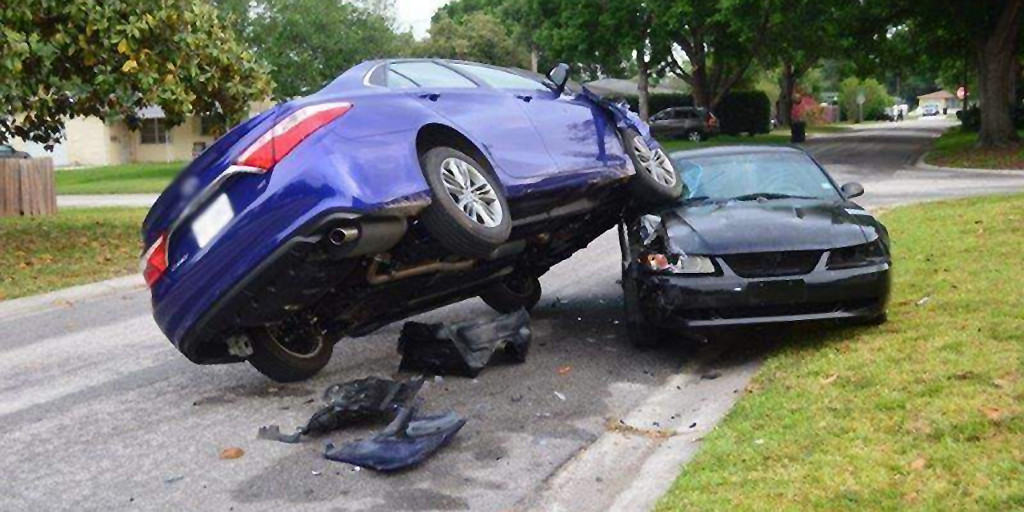 Three teenage car thieves in Florida wreaked havoc this week when the Toyota Camry they’d stolen crashed into – and somehow, ended up on top of – an innocent, parked Ford Mustang.

According to Jalopnik, the Toyota’s owner started the car in the morning to head to work, before recalling that he’d left his coffee inside his St. Petersburg home. While he went inside to retrieve it, a trio of teenagers – two 15 years-old and one 16 – hopped in the car and drove off. They managed to make it perhaps a single block before colliding with a parked SN95 Ford Mustang. All three teens tried to flee the scene, but were caught and charged with Grand Theft Auto.

As inane as the accident is, and as sincerely as we commiserate with the faultless owner of the victimized Ford Mustang, we’re somewhat impressed with the physics involved in this accident. Leave it to some imaginative teens to devise a way of nearly rolling a car on a simple residential street.