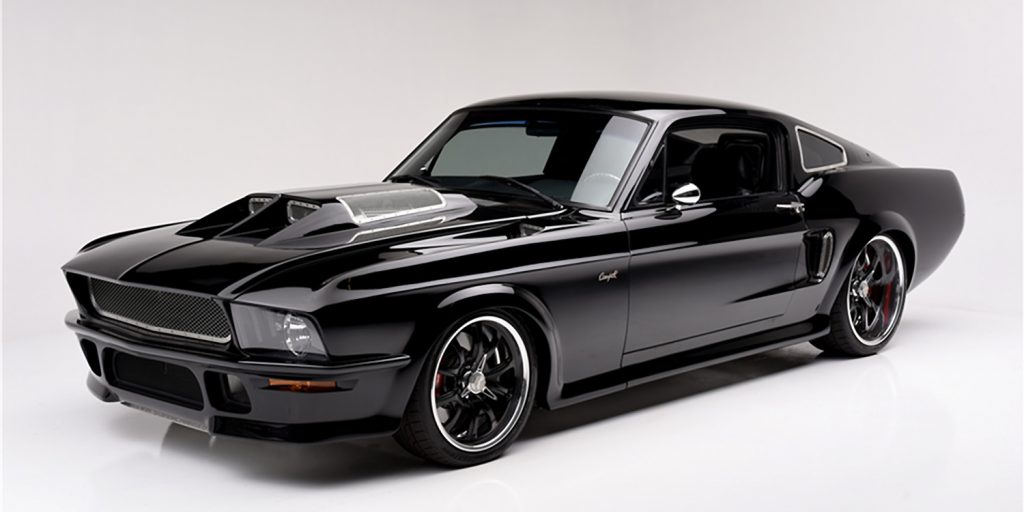 With everything that’s been done to the Ford Mustang by myriad different tuners over the years, one might think that an apathetic attitude of “been there, done that” would be in order.

Instead, the custom tuner ponies just keep coming, and we all just keep eating them up. Take this, for instance: a super-potent 1967 Ford Mustang fastback named “Obsidian.” Technically, Obsidian has been around for a while; according to website BoldRide.com, it was displayed prominently outside the 2006 SEMA Show in Las Vegas, making it more-or-less a ten year-old concept. Even still, it impresses to this day with its 6.4-liter V8, twin Rotex centrifugal superchargers, and custom intercoolers. A Tremec 5-speed manual transmission sends its ungodly 847 horsepower and 750 lb-ft of torque to the rear wheels, and a hidden, four-point roll cage remains in place while out-of-sight.

As you can see, the 1967 “Obsidian” Ford Mustang looks every bit as good as it goes, too, featuring custom side skirts and fender flares, a bespoke intake/extraction hood with mesh inserts, a honeycomb grille, and a very special taillight panel which was custom-cut from aluminum. This magnificent ’67 Ford Mustang was built by Matt Crouper of Autoworks International in California, and is currently the property of one Dan Gadzuric – former Center for the Milwaukee Bucks. However, it could soon be yours, as Barrett-Jackson will auction the “Obsidian” Ford Mustang off this June at its Northeast event, from the 23rd through the 25th.

Check out the Barrett-Jackson auction listing for more info and photos.

Car Throttle Tries Out The Ford Ranger Wildtrak Off The Pavement: Video