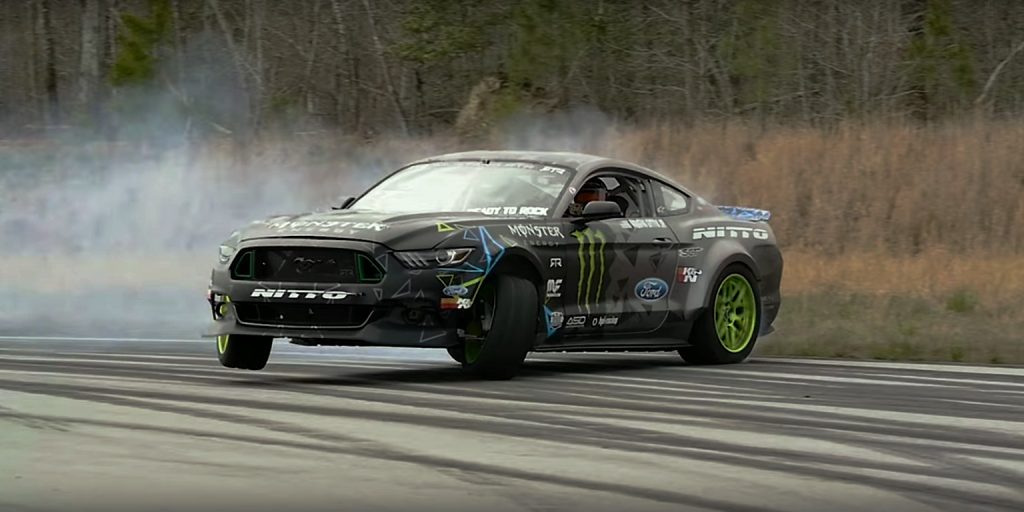 Professional drifting driver Vaughn Gittin Jr. has a new toy to play around with at the track, and its name is “Ford Mustang RTR.”

The latest competition Mustang RTR, based (rather loosely, we imagine) on the current S550 pony car, produces some 900 horsepower or more, while weighing in at a scant 2,800 pounds. That puts the weight-to-power ratio at just over 3 pounds per horsepower – well beyond that of the typical supercar.

A parts list at the end of the video clues us in on the gear that’s been deployed here, which includes Nitto NT05 tires, Magnaflow racing mufflers, carbon fiber body panels, and a carbon fiber driveshaft. Yet, as impressive as the shopping list is, all of that sort of fades to the background upon actually watching the liveried Ford Mustang RTR hurdle sideways around the track at speed.