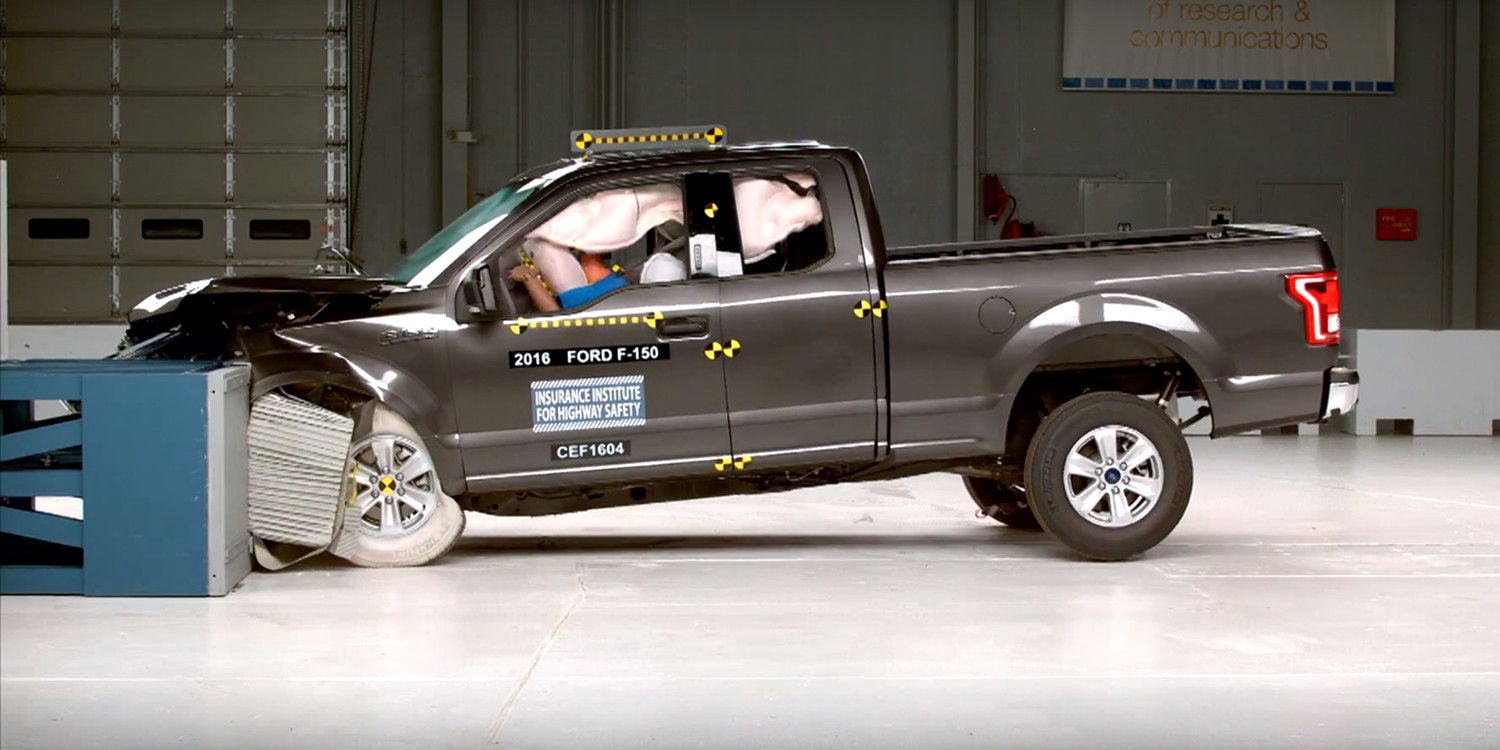 This week, the Insurance Institute for Highway Safety (IIHS) released crash test video of the 2016 Ford F-150 in its SuperCab (a.k.a. “extended cab”) configuration. Clips show the full-size Ford F-150 pickup being subjected to both small and moderate overlap frontal collisions.

The truck’s performance in both of these tests is significant; last year, the Ford F-150 SuperCab received only a “marginal” rating from the IIHS in the small overlap front crash test, faltering where the larger SuperCrew (a.k.a. “crew cab”) configuration performed well. For 2016, the same wheel-blocking front frame bits which helped the Ford F-150 SuperCrew in that test were added to the truck’s SuperCab version, improving safety substantially.

In fact, the 2016 Ford F-150 is the only current full-size pickup in the US to earn the label of IIHS “Top Safety Pick,” in either extended cab or crew cab configuration. Impressive stuff, especially considering that the half-ton pickup is down some 700 pounds from its pre-2015 curb weight.