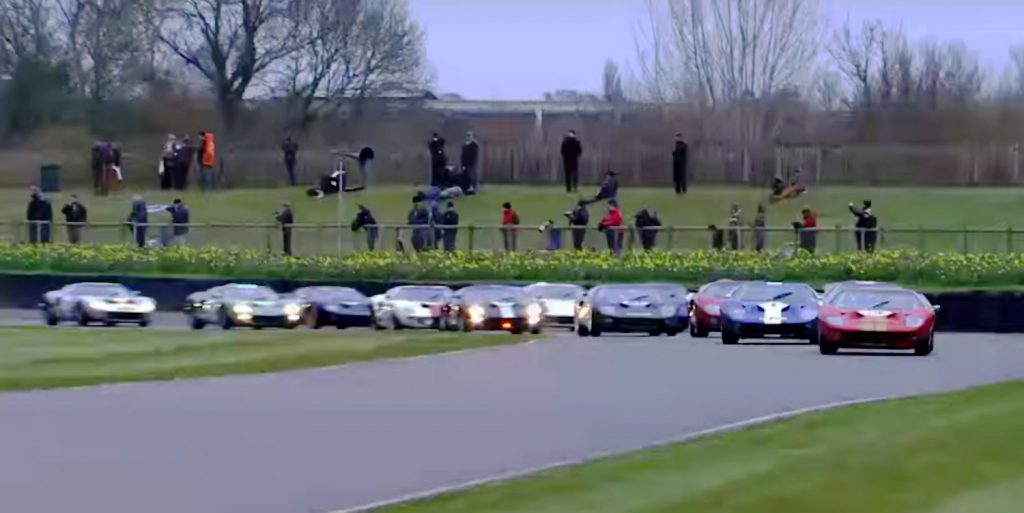 At the 74th annual Goodwood Members Meeting last month, no fewer than 28 examples of the Ford GT40 Mk. I took to the track to battle it out to the finish in the “Alan Mann Trophy” race. You can watch the entire loud, spine-tingling affair in the video above.

The race’s namesake, the late Alan Mann, was part-time racing driver, and part-time organizer of Alan Mann Racing, which became a Ford factory team in 1964. The next year, he built two lightweight, aluminum-bodied Ford GT40 Mk. I examples for competition, before Ford rendered his work null by pushing the new 7.0L Mk. II Ford GT40, instead.

By contrast to the Mk. II, the original Ford GT40 Mk. I made do with a 4.7-liter small block V8, essentially the same as that used in the Mustang of the day. Although it was the Mk. II that earned Ford its first Le Mans wins in 1966 and ’67, the Ford GT40 Mk. I would come back to win the 24 hour race the following year after a rule change limited engine displacement to 5.0 liters.

Feel free to enjoy almost an hour of uninterrupted, historical road racing above, thanks to Goodwood Road & Racing.