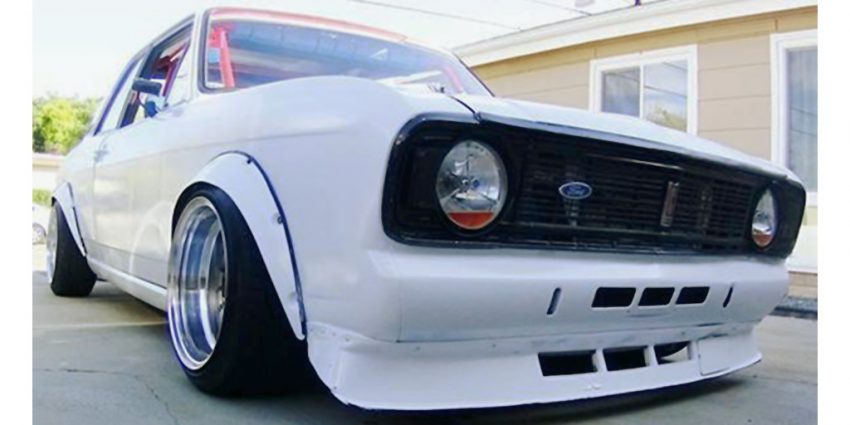 We don’t see too many examples of the British Ford Cortina family car in the United States. It was a big enough deal in the UK, though, selling continuously from 1962 to 1982 in five distinct generations, and even claiming the honor of best-selling car in the United Kingdom in the 1970s.

Naturally, some number of Ford Cortina examples have been shipped across the pond.

In fact, one of them is up for sale on Craigslist right now. The Ford Cortina pictured above is listed at $19,500 in San Diego, California, and while that might seem steep for an old family car, this two-door has been built-up extensively to tackle your local racetrack. To that end, it features a full roll cage, HRE 3-piece wheels, racing seats with 5-point harnesses, and an aluminum fuel cell. All-in-all, there are too many fresh performance parts to list here, but some of the other highlights include a locking Atlas differential, T3 Garrett turbocharger, and MegaSquirt engine management.

According to the seller, this particular Ford Cortina was built by a reputable European Ford builder in Southern California, and was even featured in Classic Fords magazine in the UK last year. The seller will consider trading only for an old Mini.

Check out the original Craigslist post for more info and photos.