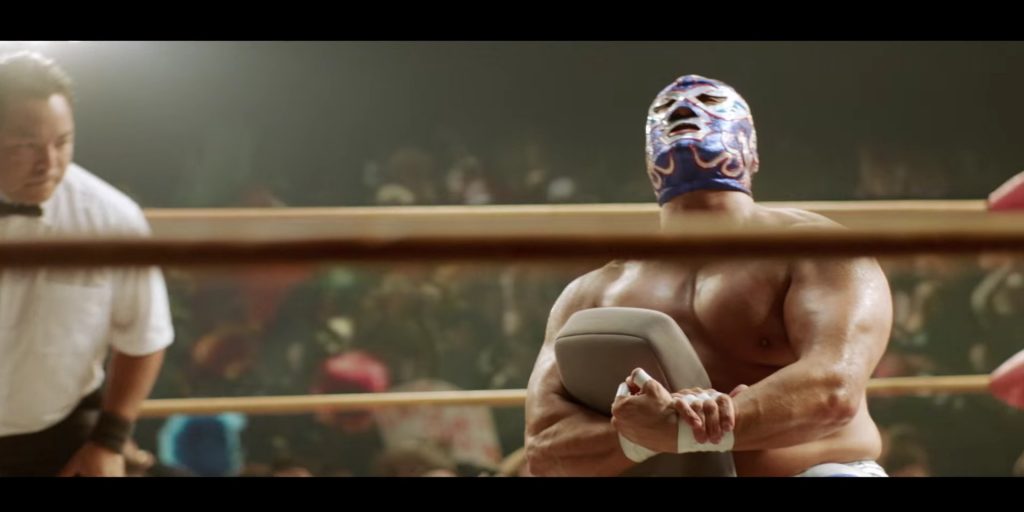 One doesn’t need to wrestle with the easy-folding rear seats on the all-new Ford Galaxy MPV.

At the press of a button, any of the rear seats in the Ford Galaxy can be folded automatically, making it possible to juggle a child, groceries, a suitcase, or whatever else an owner might want to transport, and collapse the seating to maximize space at the same time. The rear-most row can even be automatically raised again with another button.

Alas, none of that matters much to pro Mexican wrestler and Nacho Libre star Silver King, who’s featured in the advertisement from Ford Europe above. His adversary: a difficult car seat. Win or lose, it’s bound to be the fight of Silver King’s life, and if he struggles to conquer a common car seat, what hope do the rest of us have?

Easy, automatic seats like those in the new Ford Galaxy: that is our only hope.