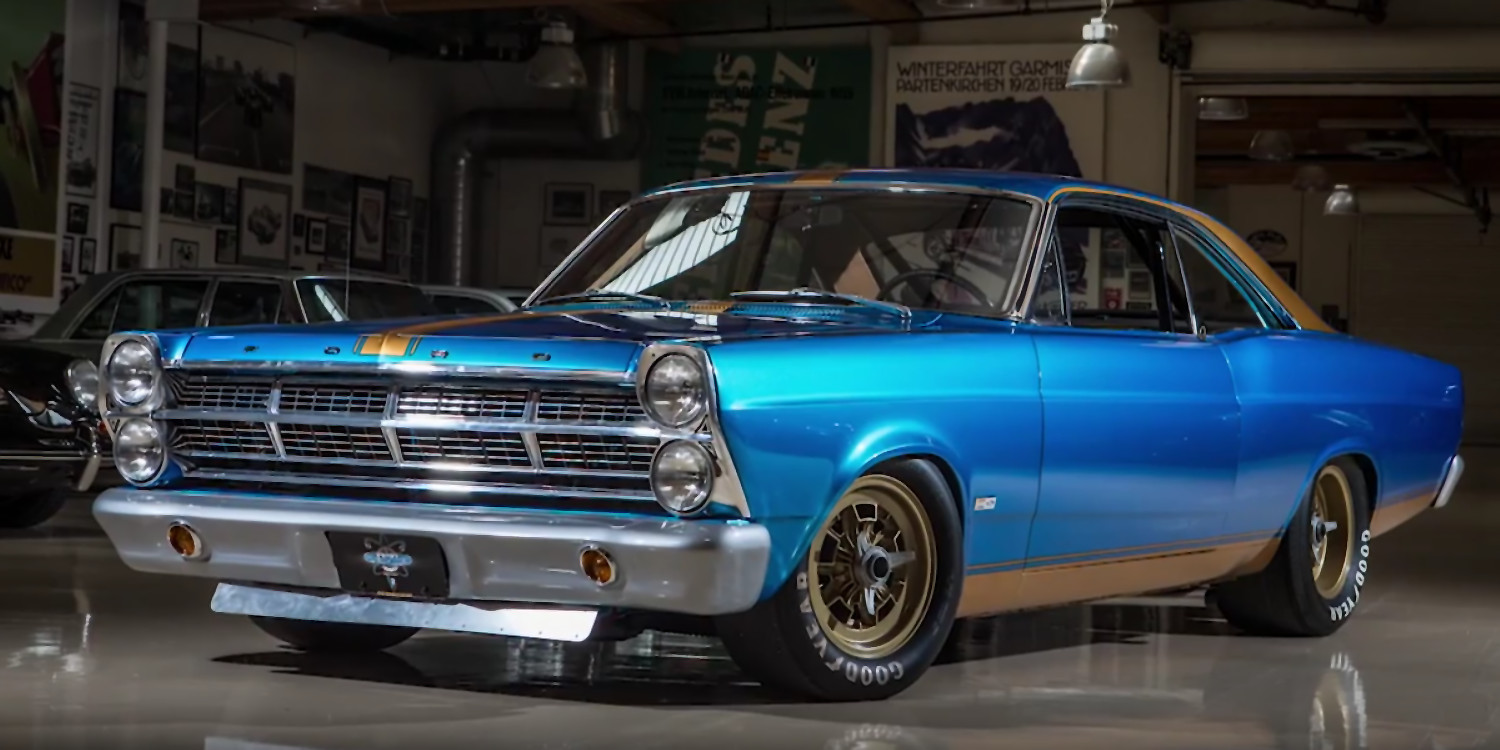 Let’s try and imagine for a moment that Ford Motor Company in the 1960s had a secret, experimental skunkworks division called “Black Ops.” Let’s suppose that Ford’s Black Ops team devotes a whole bunch of time, effort, and imagination into turning a 1967 Ford Fairlane into an all-out, overperforming monster of a machine not bound by the restrictive rules of any motorsport sanctioning body.

What would such a team build?

You may be looking at it in this latest episode of Jay Leno’s Garage, in which Leno is paid a visit by Stephen Strope of Pure Vision Designs – maker of this 1967 Ford Fairlane “Black Ops” car. Here, “Black Ops” is given quotation marks because Ford had no top-secret, experimental division bearing such a moniker; Pure Vision Designs simply dreamt up the division to color this Ford Fairlane’s backstory.

(Ford did have sort of a skunkworks division at the time: Kar Kraft. Founded in 1966, it provided performance engineering services for various Ford racing efforts.)

This 1967 Ford Fairlane was a dull, six-cylinder car prior to its transformation by Pure Vision Designs. It was built to approximate what Ford’s imaginary “Black Ops” might have made for research and development back in the 1960s, when the Ford Fairlane was the machine of choice in both stock car and drag racing. The body has been left mostly original, save for some slight fender manipulation to give it a more aggressive look, and the use of circular front marker lights from a ’67 Mercury Cougar.

Under the hood is a rather different story, as this Ford Fairlane houses an imposing 650+ horsepower, all-aluminum 427 V8.