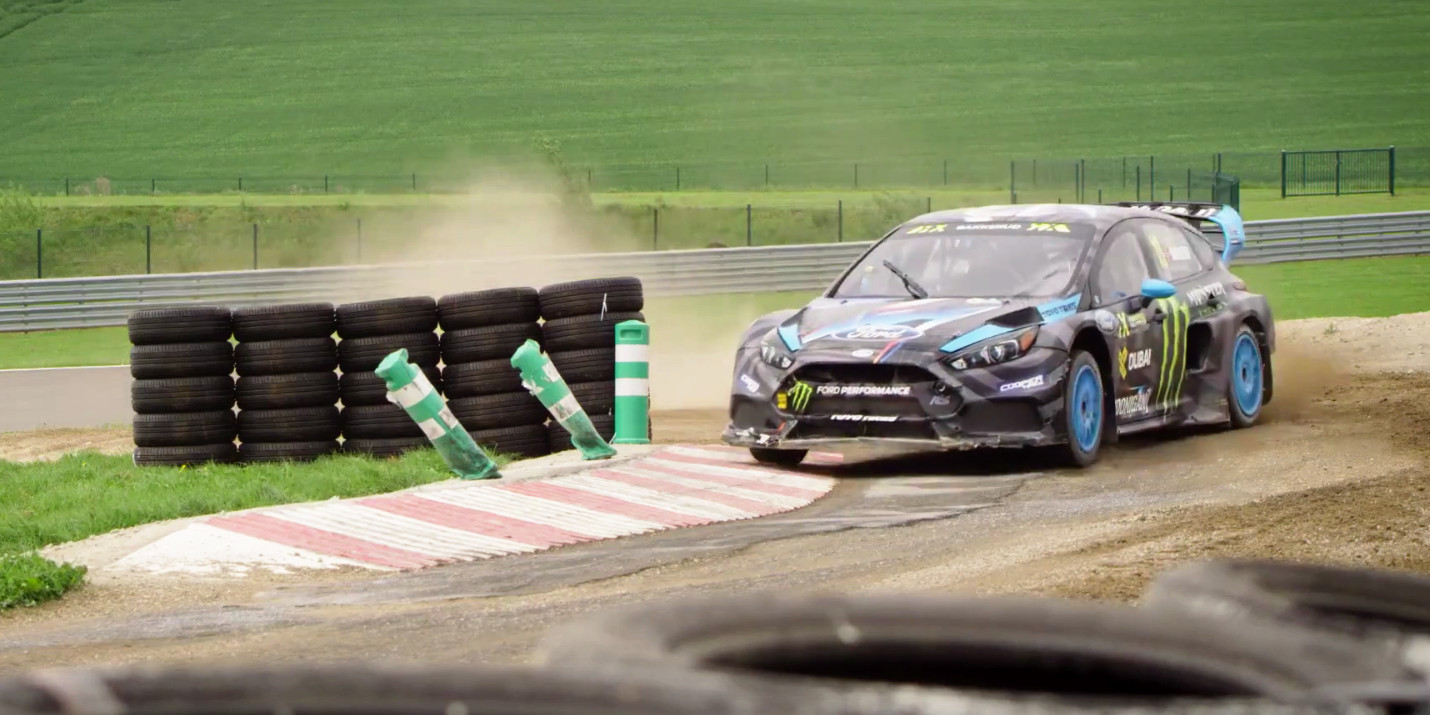 Last weekend was the third round of the 2016 FIA World Rallycross Championship in Belgium, and the third competitive outing for the new Ford Focus RS RX race car. As such, it’s time for an update on the Hoonigan Racing team’s status.

Unfortunately, things didn’t go quite as well for the Ford-backed Hoonigan Racing Division at the Kapaza World RX of Belgium as they could have gone. In the very first qualifying round, both the No. 43 Ford Focus RS RX of Ken Block, and the No. 13 car driven by Andreas Bakkerud, encountered identical electrical issues when a jump toggled the electrical kill switches on each car, causing them to lose power on the track.

After that, the cars continued to prove noncompetitive for most of the event, although Andreas Bakkerud finally managed to pilot his No. 13 Focus RS RX to a third-place finish in one of the qualifying rounds. It was too little, too late to earn the driver a spot in either of the semifinals, but an encouraging triumph nonetheless.

The next event on the FIA World Rallycross calendar is the World RX of Great Britain at Lydden Hill, May 27th. We hope the Ford Focus RS RX – a competition car still very much in its infancy – encounters fewer problems there.