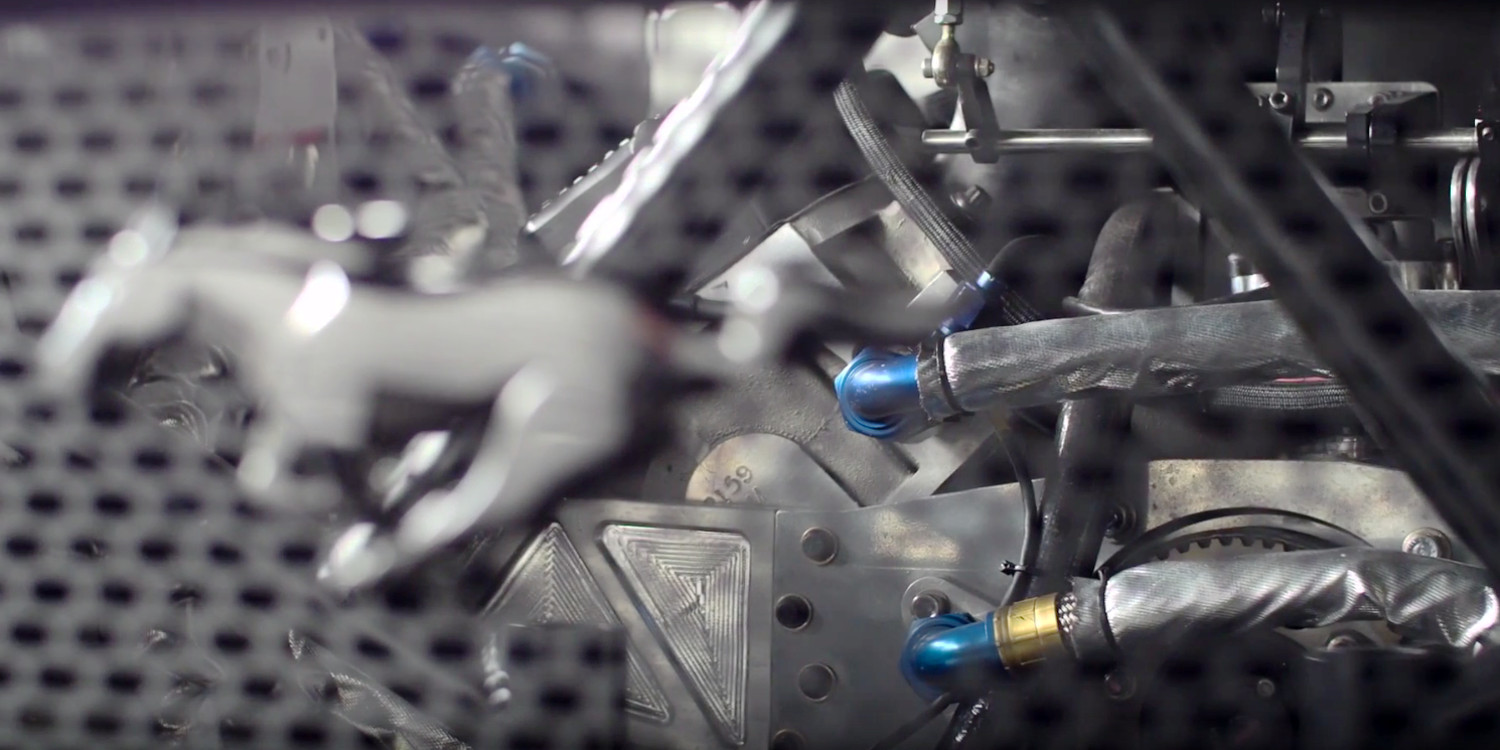 Formula Drift driver Vaughn Gittin Jr.’s new Ford Mustang RTR competition car is a sight – and a sound – to behold. We watched, mesmerized, when the American driver took the new competition-spec pony out for a spin last month, transmogrifying so many pounds of premium Nitto rubber into smoke as though it were a cake walk.

A new video from Ford Performance lets us get better acquainted with the new Mustang RTR’s sonorous V8 engine, which is an all-aluminum, 436 cubic-inch Ford Performance V8 built by Roush Yates – the same engine builder that produces mills for Ford’s NASCAR machines. It has individual throttle body injection, produces better than 900 horsepower at its peak, and can scream its way to an incredible 9,000+ rpm redline, making the 2016 Shelby GT350 look and sound just a little bit less almighty.

Yes, the Shelby’s pedestal has been toppled, although it required a competition-spec car to do it.

For more on Vaughn Gittin Jr.’s omnipotent new Mustang RTR, check out the video above.