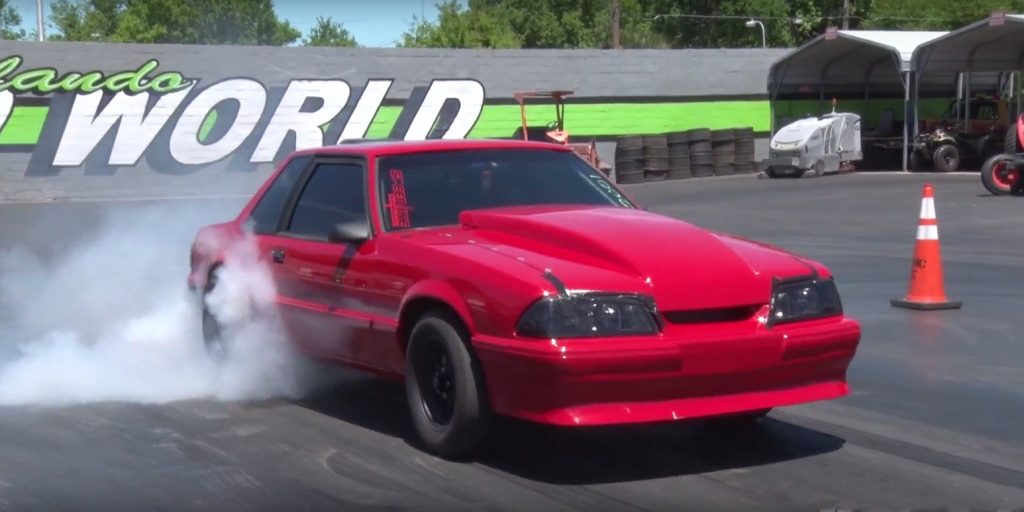 We apologize if this video upsets a few diehard Ford Mustang fans.

Earlier in the week, 1320video posted a piece from the Street Car Takeover: Orlando event in Florida, profiling a Fox-body Ford Mustang with something rather blasphemous under the hood: a 5.3-liter Chevrolet V8. Thanks to a 300-shot of nitrous, the Chevy LS is putting out about 650 to 700 horsepower, according to its owner. That’s enough to thrust the (roughly) 3,000-pound Ford Mustang to a full-out gallop in a right hurry.

Ultimately, the Chevy V8 seems to be working out well for this Fox-body Ford Mustang owner – right up until the car goes up against an SN95 ‘Stang, apparently running its factory powerplant. It dispatches the Chevy-powered Fox-body with relative ease.

Now frankly, that doesn’t really mean much for the debate regarding Ford power vs. Chevy power, but Blue Oval loyalists might be forgiven for seeing a certain amount of poetic justice in the results.

You can catch the LS-powered Fox-body Ford Mustang in the video above.