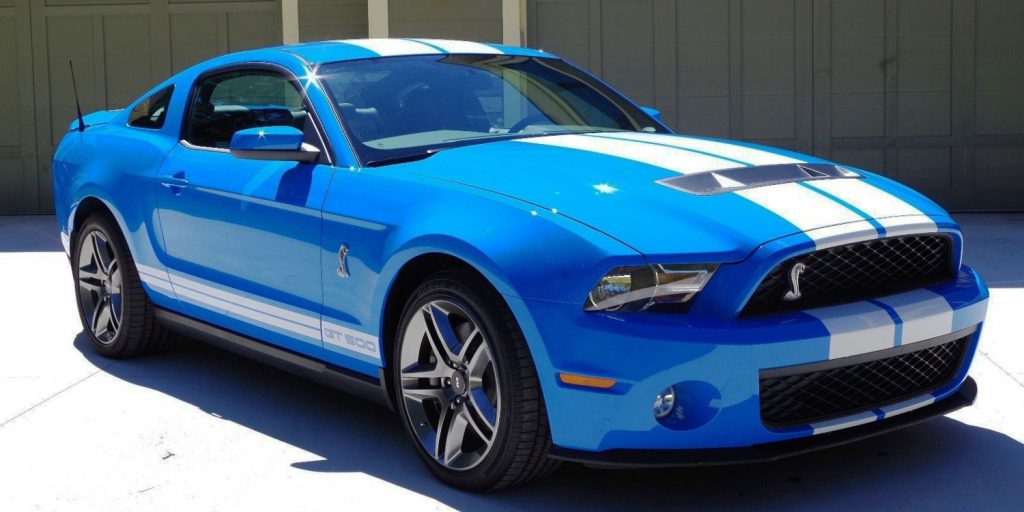 In the strictest sense, this 2010 Ford Shelby GT500 Mustang that went up for sale on eBay earlier in the month is indeed a barn find; it’s a low-mileage survivor that was retired to a pole-barn for several years, after all.

In a more colloquial sense, the 2010 Shelby GT500 is just too recent to be a proper barn find. The very term conjures images of vintage, rare cars that have sat and collected dust, spiders, and perhaps a dent or two over the course of a decade or more.

Nonetheless, website Barn Finds profiled this unbelievably well-preserved Shelby GT500 – a blue-collar supercar with only 21 original miles on the odometer since new. Bidding on the supercharged Shelby Mustang just ended over the weekend, with the car nabbing just $40,200. Prior to its online sale, the pony car was purchased from the estate of one Mr. Gene Ellingsen, who passed away sometime after taking ownership. This car would have stickered for around $50,000 when purchased new from the dealer, meaning that whoever won the essentially-new car at auction got a bit of a bargain.

When it was introduced, the 2010 Ford Shelby GT500 Mustang was capable of hitting a 540HP output peak, thanks to a supercharged, 5.4-liter V8. This allowed for a 0 to 60 mph time in the neighborhood of 4 seconds, and the uncanny ability to rouse one’s neighbors from their sleep. Check out the original eBay listing for this “barn find” Shelby GT500 for more.