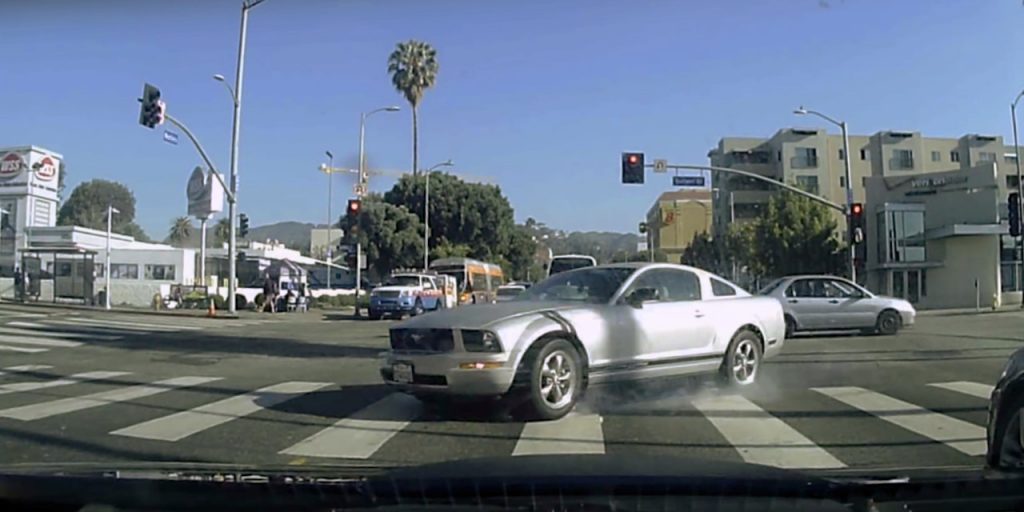 For those responsible Ford Mustang owners who’ve never crashed while attempting to show off at a cars and coffee, or execute an ill-advised plan to aggressively overtake someone on the street, we’re sorry.

We’re sorry that you have to endure the harsh derision heaped upon all Ford Mustang owners over the the dim-witted antics of a select few.

That said, take a look at the above video, which shows dash cam footage of a silver S197 Ford Mustang plowing off the road and into a construction site while simply trying to turn left at an LA intersection. We’re still trying to piece together how, exactly, an accident like this happens during what most would regard as a thoroughly mundane maneuver, but there’s a clue in how it looks like the front tires are smoking pretty good through the intersection. The driver likely came into the corner too fast and slammed on the brakes, losing traction at the front and plowing straight off.

While this particular Ford Mustang driver fails at making a simple lefthand turn, he or she does excel in one way: comedic execution.

Funniest. Crash. Ever. Check it out.