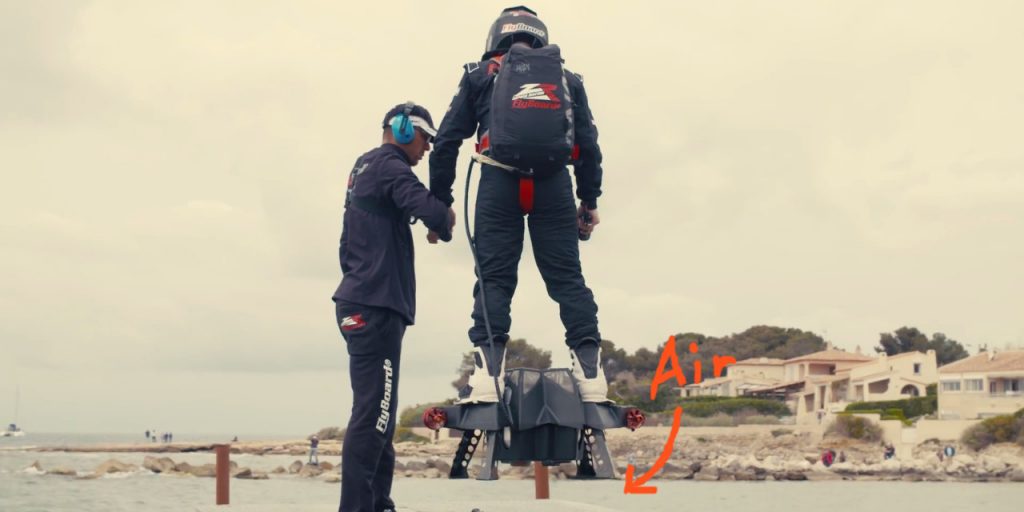 Like any great corporation, Ford Motor Company maintains a wide breadth of different interests, from its recent partnership with the National Basketball Association in Africa, to its sponsorship of French inventor/daredevil Franky Zapata.

Franky, 37, cut his teeth primarily as a jetski racer before going on to create the Flyboard and Flyboard Air. Riding the latter of these – a hoverboard kept aloft by four kerosene-fueled jet turbines – Zapata recently smashed the world record for the longest recorded flight on such a device, traveling some 2,253 meters through the air. The previous record was 276 meters.

This auspicious record flight was captured forever in the above video, courtesy of Ford Europe. The Flyboard Air weighs in at just 20 kilograms (about 44 pounds), and burns through 5.6 liters (1.5 gallons) of kerosene every minute, according to Ford. With 36 pounds of thrust, it can reach speeds of up to 93 mph, and heights up to 3 km (1.86 miles).

Be sure to watch Franky Zapata’s eerily surreal, groundbreaking flight above.