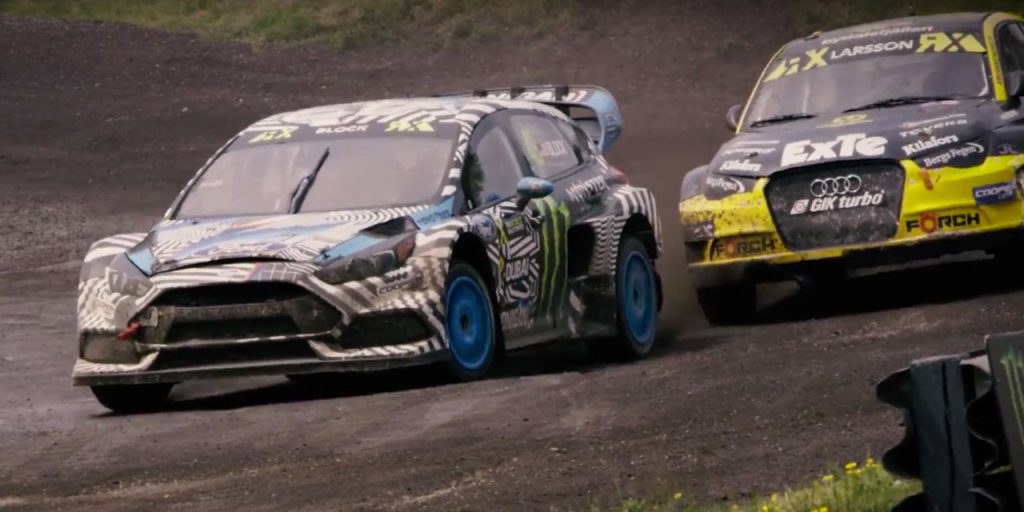 The World Rallycross of Great Britain took place over the weekend at the Lydden Hill Race Circuit, with Hoonigan Racing driver Andreas Bakkerud placing sixth in the final round in his new Ford Focus RS RX competition-spec car.

With that, Bakkerud picked up an additional 21 championship points, moving him up from eighth to sixth in the 2016 FIA World Rallycross standings.

Bakkerud’s teammate – famous web video daredevil Ken Block – didn’t fare quite so well in the Great Britain round of the WRX series, failing to qualify for the semi finals. Block ended up with just 3 points from the event, dropping back from fifteenth to sixteenth place in the championship standings.

Regardless, here for your enjoyment is a nifty Ford Focus RS RX highlight reel from the FIA World RX of Great Britain, with a ferocious, high-octane soundtrack unspoiled by any production music. The next event in the 2016 season is the World RX of Norway, scheduled for June 10th through the 12th. We hope to see both Ford Focus RS RX competition cars put on a good show.