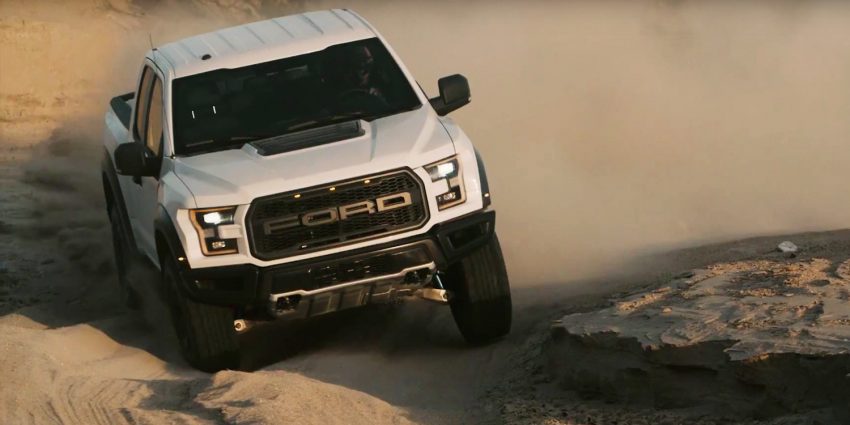 The Ford F-150 Raptor off-road supertruck is set to return after a brief hiatus, endowed with every bit as much trailblazing prowess as its predecessor, while almost certainly being lighter and more potent, thanks to its new aluminum body and a 3.5-liter twin-turbocharged V6.

Now, Ford Performance is giving us a sneak peak at the bonkers off-road capabilities of the new, 2017 Ford F-150 Raptor in a high-octane teaser video, showing just how squarely man has managed to put geology in its place. The Raptor example shown here happens to be a SuperCab truck, but remember: like the old one, this new Ford F-150 Raptor will also be available in the SuperCrew configuration.

Paramount to the Raptor’s uncommon capabilities will be a set of Fox Racing Shox, an advanced new terrain-management system, and a high-strength, fully-boxed steel frame. The Ford F-150 Raptor’s new 3.5-liter EcoBoost engine is expected to surpass the output of the old, 6.2-liter V8 rather handily, perhaps pumping out as much as 450 horsepower. It will be mated to a 10-speed automatic transmission.

While we don’t have exact power, torque, or weight figures yet, the 2017 Ford F-150 Raptor is scheduled to launch sometime this fall, so we shouldn’t be kept waiting too long for official numbers to surface.