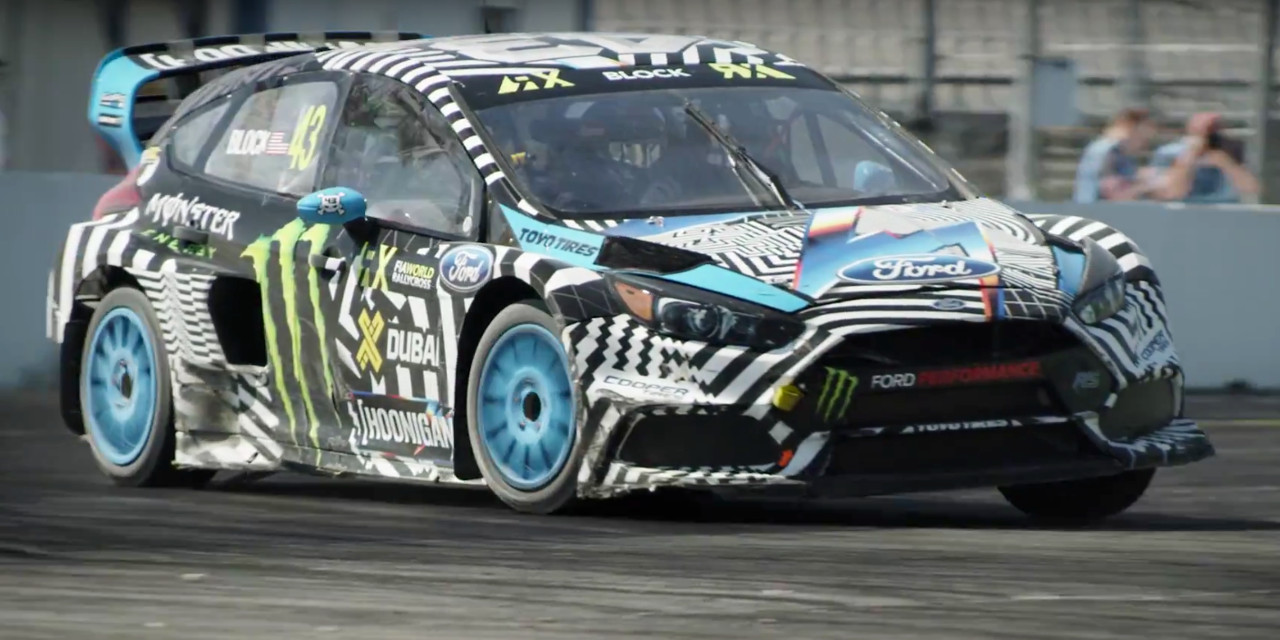 Celebrity rally driver and high-profile daredevil Ken Block is spending much of 2016 behind the wheel of the new Ford Focus RS RX in the FIA World Rallycross Championship, and after his performance at last weekend’s World Rallycross of Hockenheim in Germany, his team – Hoonigan Racing Division – finally has something to celebrate.

After an intense Semifinal and Final at the 0.77-mile Hockenheimring RX circuit, Ken Block managed to fight his way up to third place, scoring thirteen points, and moving up to twelfth place in the driver standings for the season. His teammate – fellow Focus RS RX driver Andreas Bakkerud – didn’t fare quite as well in Hockenheim, being bumped from fifth to seventh in the driver standings after failing to qualify for the Final round.

The World RX of Hockenheim marked the first podium finish for the new Focus RS RX, as the team continues to make adjustments to the car’s setup. Hopefully, there will be many more podium finishes to come.

The next event on the FIA World Rallycross calendar is the World RX of Belgium on Friday, May 13th.