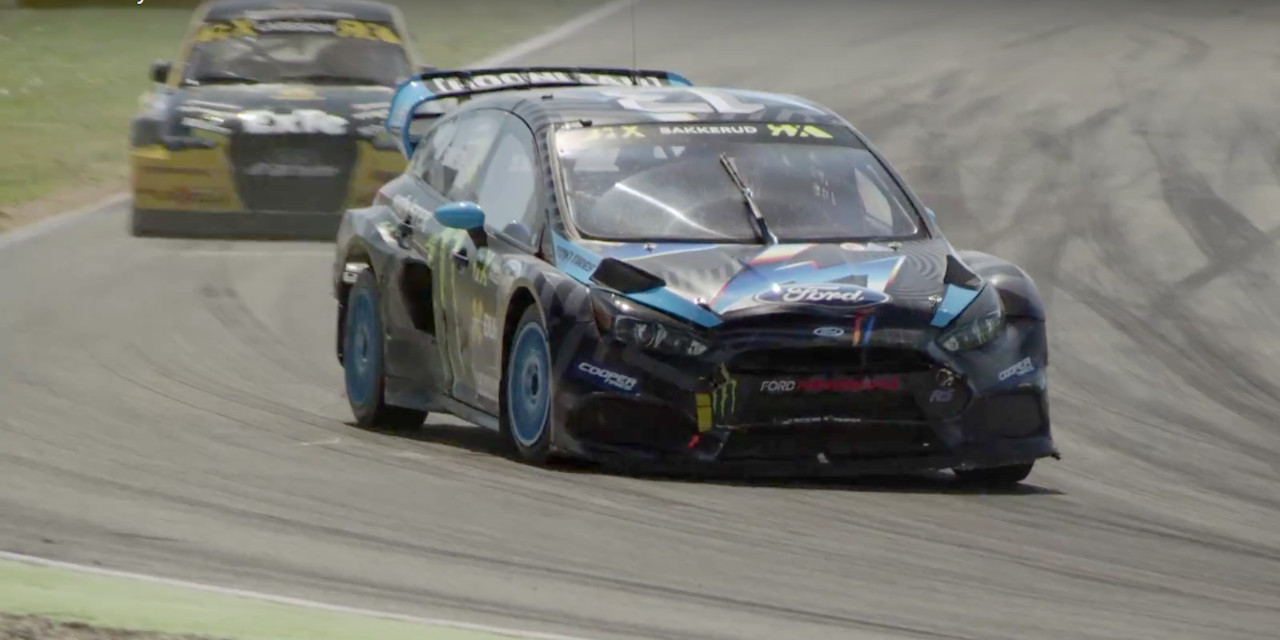 Ken Block’s third-place finish at the World RX of Hockenheim last weekend was the first-ever podium finish for the new Ford Focus RS RX competition car, and only the second podium finish in Block’s (quite short) rallycross career. Block and his Hoonigan Racing teammate, Andreas Bakkerud, hopefully have plenty more podium placements left in them before the 2016 season is through.

Ken Block’s third-place finish was an especially welcome result, both because the Focus RS RX is still a relative newborn in the World Rallycross Championship, and also because Ken Block came up from a 12th place standing after the four qualifying rounds were through, making his comeback all the more impressive. Of course, part of his success was thanks to “a few setup changes,” says the driver.

This weekend marks the third event of the 2016 FIA World Rallycross calendar: the Kapaza World RX of Belgium. Both Ken Block and Andreas Bakkerud will again take to the field in their respective Ford Focus RS RX competition cars, and hope to build on the advances that they’ve made with the car already.

Check out the video above for more from Ken Block and Andreas Bakkerud.