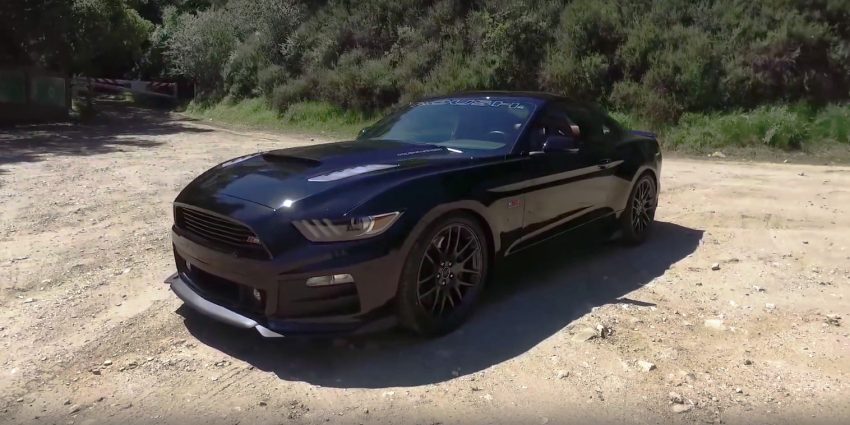 How does the supercharged Stage 3 Ford Mustang GT from Roush Performance stack up against the venerable Ford Shelby GT350 Mustang and its normally-aspirated 5.2-liter “Voodoo” V8? We’re about to find out.

In the latest episode of The Smoking Tire‘s “One Take,” presenter Matt Farah drives a Roush Stage 3 Mustang GT through a winding mountain path, inevitably comparing it to the Shelby GT350R he drove back in April. But where the Shelby derives its awesome performance from a MagneRide suspension, carbon fiber wheels, and an especially high-revving flat-plane crank motor, the RS3 Mustang GT takes a more blue-collar approach, employing a 2.3-liter TVS (Twin-Vortices Series) supercharger to boost output to an unholy 670 horsepower – almost 150HP more than the GT350R.

Of course, that’s not all you get with the RS3 Ford Mustang GT; the suspension is upgraded with a standard single adjustable coilover system, or an optional “competition-tuned” 3-way adjustable setup, while Roush’s new R7 aerobody ensures improved downforce and increased airflow through the radiator. The example shown here, belonging to professional drifter Justin Pollock, also features a roll cage and aftermarket Falken tires.

Is all that enough to allow this RS3 Mustang GT to match the thrills of the Shelby GT350R? Watch the video to find out.