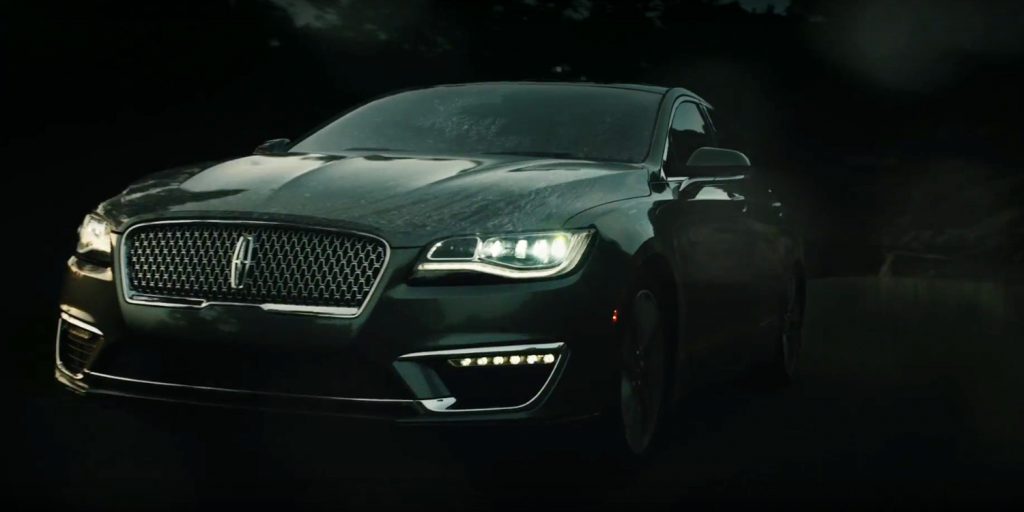 Yesterday, we reported on a new ad campaign for the 2017 Lincoln MKZ luxury sedan called “It’s like that,” reprising actor Matthew McConaughey’s role as Lincoln’s celebrity spokesperson. The second ad in this new Lincoln MKZ campaign, named “Midnight,” is included above for your viewing pleasure.

Lincoln Motor Company’s advertisements featuring Matthew McConaughey have attracted a lot of attention (and parody) since first surfacing in 2014, although several distinct campaigns have come and gone in that time. The new “It’s like that” campaign is directed by J.C. Chandor (All Is Lost, 2013), while previous spots have been guided by the likes of Gus Van Sant (Good Will Hunting, 1997) and Nicolas Winding Refn (Drive, 2011).

Call us old-fashioned, but we rather preferred the contemplative, monologue-heavy string of initial TV spots directed by the latter filmmaker.

“It’s like that” is meant to try and convey the visceral sense of driving the new Lincoln MKZ sedan by likening it to other, equally-invigorating experiences. In the ad shown here, Mr. McConaughey dives backward into a pool wearing a full suit, because (we guess) driving the redesigned Lincoln MKZ fills one with the insatiable desire to ruin expensive clothing. Or it’s a car made for impulsive, habitual coke-users. Or something.