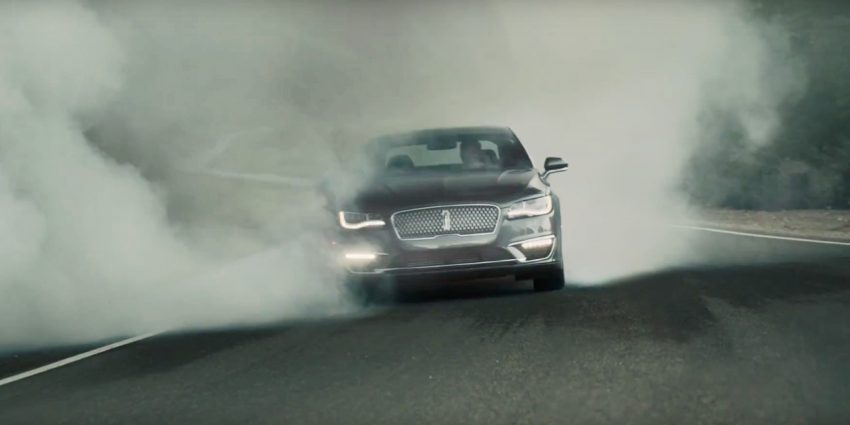 The new Lincoln MKZ ads are part of a campaign called “It’s like that,” directed by J.C. Chandor – a veteran commercial director whose relatively short list of feature-length films includes All Is Lost (2013) and Margin Call (2011). Three spots have come out of the campaign, which attempt to convey the exhilaration and excitement of driving the Lincoln MKZ sedan by likening it to other invigorating experiences.

For instance, in the first new Lincoln MKZ ad (shown above), Matthew McConaughey is shown getting a shave with a straight razor – a scene which is intercut with footage of the actor driving a twisting course through the mountains in the redesigned Lincoln sedan. The audio and visuals attempt to provide a real, visceral experience for the viewer, providing an approximation of the level of sensation that can be felt behind the wheel.

These new ads for the Lincoln MKZ are a bit puzzling, seeing as Ford’s luxury division has adopted a mantra of “Quiet Luxury,” with no attempts being made to try to match the speed and performance of European luxury car rivals. Given that, “exhilaration” seems like an odd thing to try and convey.

But then, they did go and put a 400-horsepower twin-turbo V6 in the new MKZ, so…