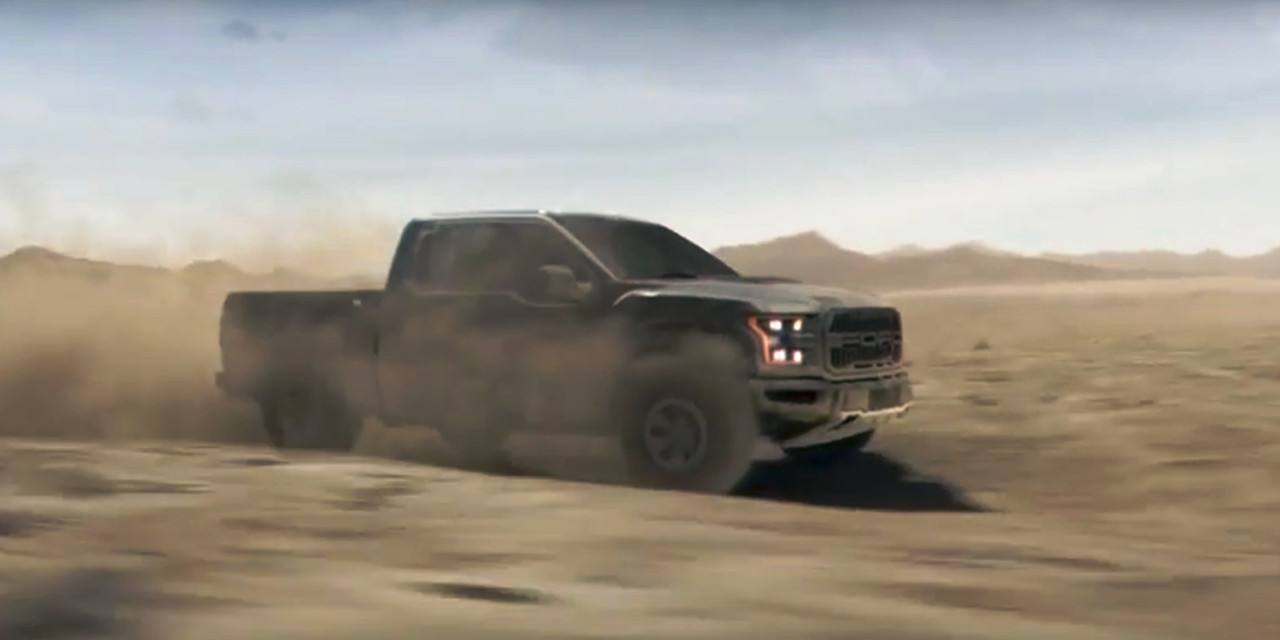 A new video advertisement for the 2017 Ford F-150 Raptor off-road pickup has just been published online, featuring a computer-generated model of the truck blasting through a desert landscape at high speeds, while the voice of Denis Leary – the F-150’s celebrity spokesperson – waxes poetic about its many unique features.

Like the more pedestrian F-150, the new Ford F-150 Raptor uses high-strength aluminum alloy throughout the body, affording the truck some meaningful weight-savings. Unlike the more run-of-the-mill truck, the off-road-ready Raptor enjoys a rigid, fully-boxed steel frame and Fox Racing Shox, while even more hardcore off-road equipment is available: beadlock-capable wheels and a Torsen front-differential, for example.

The 2017 F-150 Raptor will be powered by a 3.5-liter EcoBoost V6, producing somewhere north of the 411 horsepower managed by the discontinued, V8-powered Raptor. The engine will be mated to a brand new 10-speed automatic.

We don’t much care for computer-generated imagery, and we’ve seen some excellent off-road driving footage of the Ford F-150 Raptor already. Why on earth would Ford not use actual, live footage to put this ad together?

Not even Denis Leary’s soothing voice can make us forget how terribly wrong the physics are portrayed in this advertisement.