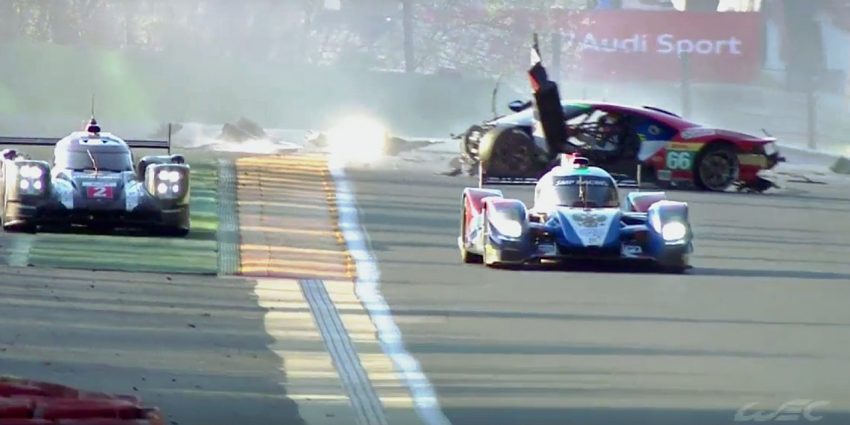 Last weekend’s 6 Hours of Spa-Francorchamps produced rather a happy result for Ford Chip Ganassi Racing, as a mechanical issue in the No. 51 Ferrari 488 GTE forced it off the track with all of 10 minutes left in the race, leaving second-place in the GTE Pro class wide open for the No. 67 Ford GT of Marino Franchitti, Andy Priaulx, and Harry Tincknell.

Unfortunately, the 6 Hours of Spa was rather less joyful for the No. 66 Ford GT, which crashed-out hard little more than an hour from the checkered flag.

Video of the dramatic crash can be seen above, which shows the No. 66 car suddenly lose traction at the infamous Eau Rouge Climb, barrelling into the tire wall with tremendous force. One of the commentators in the video notes that it seems the Ford GT may have lost a tire coming into the turn, causing the car to break loose at the rear.

Happily, driver Stefan Mücke was left relatively unscathed by the incident, according to Motor Authority; he walked away with only some leg bruising. Other drivers of the No. 66 Ford GT at the race included Billy Johnson and Olivier Pla.