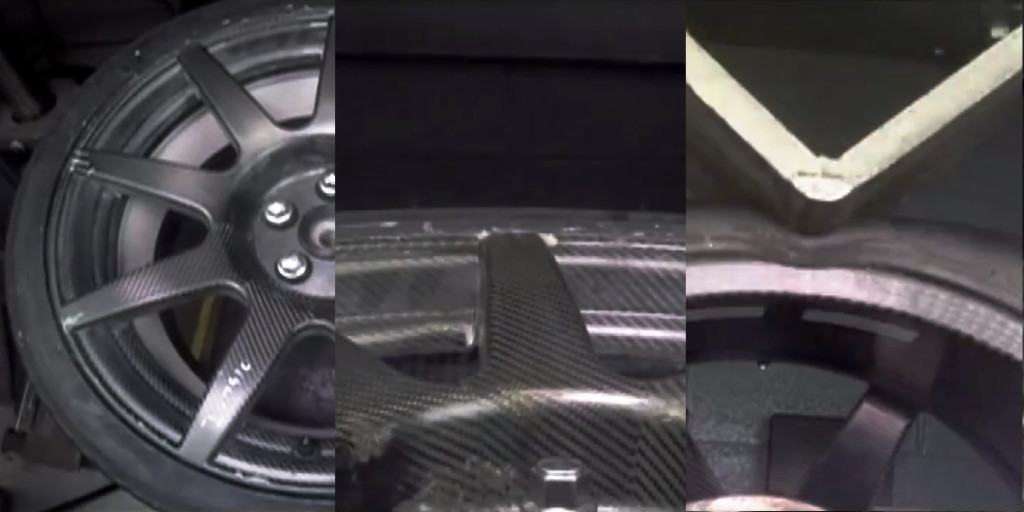 Carbon Revolution – a private Australian firm which specializes in producing high-tech composite wheels for performance automotive applications – has been tasked with making the carbon fiber wheels found on the 2016 Shelby GT350R Mustang, as well as those bound for duty on the all-new, 2017 Ford GT supercar.

As with any other sort of OEM component, Carbon Revolution’s composite wheels must pass rigorous tests to ensure their quality and durability if they are to continue seeing use on some of Ford’s most performance-oriented vehicles. To give us an idea of just what torture Carbon Revolution’s rock-hard wheels can endure, the company released the above video, which shows its CR-9 model wheel undergoing an industry standard lateral impact test.

The wheel not only passes, but looks miraculously unscathed after the recorded run. The lateral impact test is meant to approximate the stresses of sliding into a curb.

We don’t believe that Carbon Revolution’s CR-9 model itself will be OE for any Ford Performance vehicles; it has nine spokes, where the Shelby GT350R’s composite wheels have seven, and those on the new Ford GT will have ten. Nonetheless, the resilience shown by one of the Australian firm’s wheels in this video demonstrates that CF wheels can (and will) survive just about any impact a typical alloy wheel might be expected to endure.