You can’t put a price on happiness. Tangible, historical artifacts perhaps lend themselves a bit better to price tags, but again, there is difficulty in trying to assign an appropriate monetary value to something which is essentially priceless.

We’d be curious to know how well you feel the seller did here. Now, for some history.

This Ford Mustang pace car is being sold by RK Motors in Charlotte, North Carolina, according to whom this meticulously-restored Ford Mustang pace car was plucked from the assembly line within the very first hour of the pony car’s start of production in 1964. The story goes that Lee Iacocca, having already arranged to make the Ford Falcon forth the official pace car of that year’s Indianapolis 500, decided in the eleventh hour to give the honor to the new Mustang, instead.

So, three Ford Mustang convertibles were taken straight from the factory, and sent to Charlotte-based tuner Holman Moody. There, each car’s original 260 cubic-inch V8 was exchanged for the higher-output, experimental 289. The suspensions were lowered and stiffened, and the requisite flag stanchions and other pace car bits were tacked on. Alas, the tight timeframe for completion meant that Moody only had time to complete two of the Ford Mustang pace cars, and the third was scrapped. Then, after their shipment to Indianapolis, one of the cars immediately suffered a mechanical failure, leaving this – the topless pony car pictured here – the only one eligible to pace the 1964 Indy 500. The distinction of piloting the car that day went to Edsel Ford‘s son Benson.

After the race, Ford gave the Mustang pace car to Sebring International Raceway in Florida, where it served as a parade car and driver loaner for 11 years when, in 1974, it was locked away in storage. About a decade-and-a-half later, an official with the Mustang Club of America learned of the long-lost Ford Mustang pace car, and acquired it from Sebring. He embarked upon a full, documented restoration of the car, the result being what you see today. According to RK Motors, the car retains 95 percent of its original parts content, with 5 percent being either custom-fabricated or NOS. It wears the correct Fleet White paint and period Indy 500 decals, and has been called “the most significant historic Mustang in the world.” That might sound like a bold claim, but if true, the car’s $1,099,000 price tag might not be so tremendous after all.

For more photos and info, head to the RK Motors sale listing. 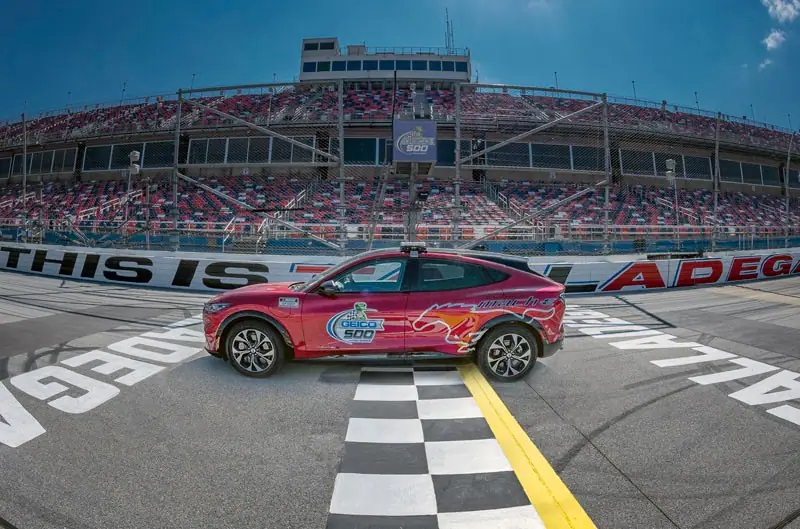