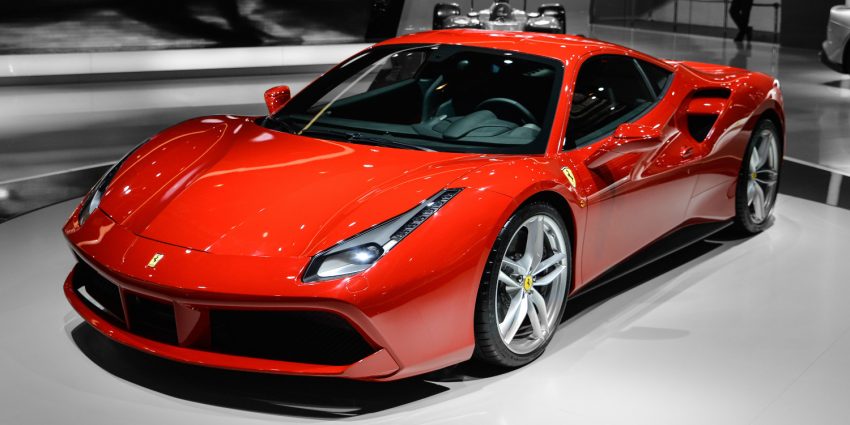 At Saturday’s 6 Hours of Spa-Francorchamps, with 10 minutes left in the race, Italian team AF Corse was within striking distance of repeating the same 1-2 finish in the GTE Pro class that it achieved at Silverstone last month. Neither of the team’s two Ferrari 488 GTEs showed any signs of weakness as they dominated the competition, leaving the No. 67 Ford GT Le Mans of Ford Chip Ganassi Racing to battle it out for third against the No. 97 Aston Martin V8 Vantage.

The other Ford GT being fielded – No. 66 – was left ineligible to compete for a spot on the podium, having crashed out some time earlier.

But just as AF Corse looked poised to accomplish a repeat first- and second-place finish, the No. 51 488 GTE suffered a crippling technical issue, forcing driver James Calado to retire the Ferrari 488 GTE to the pits. Watching it all unfold, it was near impossible not to be heartbroken for the 26 year-old driver, who was mere minutes away from taking the podium for the second time this WEC season.

However, that technical failure left second-place open for another contender, and after successfully holding-off Aston Martin, Ford Chip Ganassi Racing claimed its first podium finish this season, just one lap behind the winning No. 71 Ferrari.

While it barely needs saying in such frank terms, the hard truth is that Ferrari’s 488 GTE is simply a faster car than the competition-spec Ford GT Le Mans. Consider, for instance, AF Corse’s best lap from Spa-Francorchamps versus the best time accomplished by Ford Chip Ganassi: 2:18.485 vs. 2:19.999. That may not seem like such a colossal gap, but over the course of a 6 hour race, where each car is completing more than 140 laps, it is. Or, if you’d rather, check the Ferrari 488 GTE’s best (average) qualifying time of 2:17.632 against the Ford GT’s utmost of 2:18.163. Granted, at just over half-a-second, that gap is substantially narrower than at Silverstone, where the Ford GT’s best qualifying time was over two-and-a-half seconds behind the Ferrari’s best. Still, Ford GT Nos. 66 and 67 only managed to qualify for 4th and 5th at this weekend’s race.

But if there is a silver lining, it’s this: the Ford GT Le Mans is becoming more competitive all the time, and quickly. At Silverstone, even Aston Martin Racing seemed miles ahead in terms of consistently delivering much faster lap times; at Spa-Francorchamps, Ford was consistently on-pace with Aston’s duo of V8 Vantage GTE cars. Just 0.029 seconds separated the best laps of each – a gap so narrow that the No. 67 Ford GT Le Mans was able to successfully hold Aston off for the second-place slot.

Next Up: Le Mans

But is the Ford GT Le Mans improving quickly enough? The next race on the 2016 WEC calendar, scheduled for June 18th, is the 24 Hours of Le Mans – the event that Ford positively must win if it’s to live up to the implicit promise made by Ford Performance last year, recapitulating its unlikely, historic victory at Le Mans in 1966. Helping Chip Ganassi Racing’s chances at achieving this goal is the fact that the team will field four Ford GTs – twice its usual number of entrants – to try and claim the top spot on the podium.

Nonetheless, no winning racing program can – nor indeed, should – depend upon its rivals’ misfortunes to achieve victory. Lightning often fails to strike twice, and if all the cars of AF Corse and Aston Martin Racing run trouble-free at next month’s 24 Hours of Le Mans, there may be no space left on the podium for Ford.