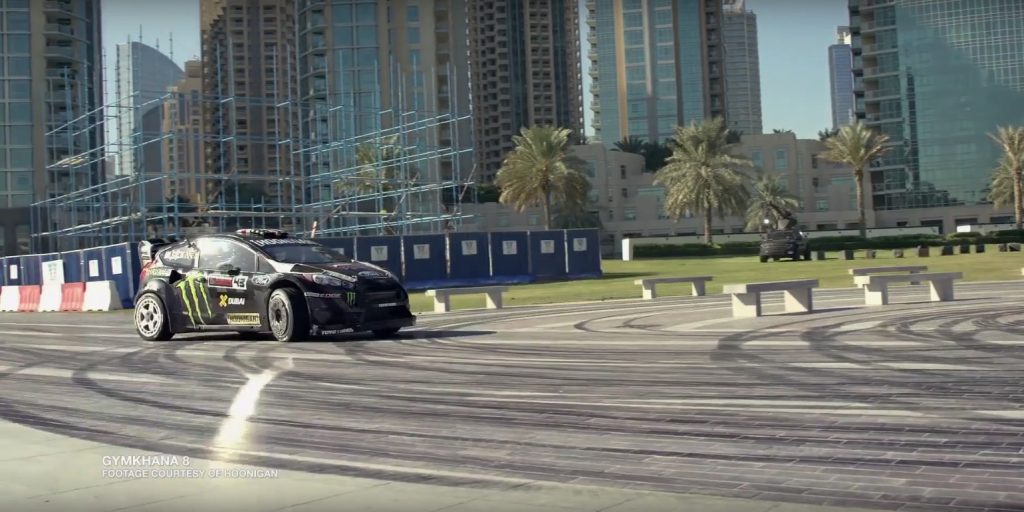 For those automotive enthusiasts – likely a minority – who aren’t familiar with Ken Block’s popular Gymkhana YouTube series, this video is for you. In less than three minutes, it features appearances from Hoonigan CBO Brian Scotto and driver Ken Block, who attempt to answer the question: “What is Gymkhana?”

Gymkhana, the motorsport, borrows its name from an equestrian discipline of the same name. As it applies to cars, competitive Gymkhana is similar to autocross in that it features an obstacle course which drivers must traverse as quickly as possible. Of course, the aim of Ken Block’s video series is fun and entertainment, with no competition and no time component.

Put simply, Mr. Block’s Gymkhana videos are a chance to watch the professional rally driver perform some truly remarkable, physics-defying feats with a competition car, just “for the fun of it.”

In the most recent installment, Gymkhana 8, Block drove the Ford Fiesta ST RX43 – a high-horsepower variant of the production Fiesta ST built primarily for competition in Global Rallycross. It’s since been superseded in WRX competition by the new Ford Focus RS RX, and we have a hunch that the latter may become a star in the next Gymkhana video.