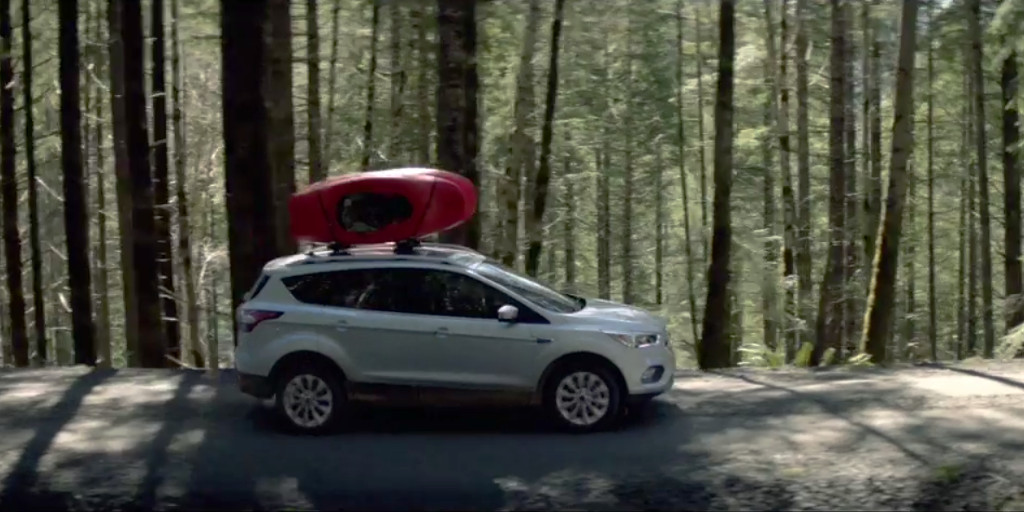 Ford Motor Company is smartly tying its SUV lineup to the idea of an active lifestyle in a new advertisement, dubbed “We Are All MVPs.”

Call us crazy, but we suspect the commercial’s release might have been timed strategically to coincide with the announcement of the National Basketball Association’s MVP pick for the 2015-’16 season (Stephen Curry).

In the ad, we see numerous transportation-related vignettes play out to the backdrop of an energetic marching piece. A father and son load kayaks and some related gear into a Ford Escape; a mother sternly rounds her kids into the family Ford Explorer; a family drives through backcountry in a Ford Expedition, and so forth. On-screen text highlights the athleticism of each of these things, telling viewers: “We are all teammates; We are all coaches; We are all marathoners,” and the like.

Ford’s new “MVPs” ad for its SUV lineup is a smartly-crafted one, as the utility segment is a growing one, and could soon represent up to 40 percent of all new vehicle sales nationwide. Moreover, it’s largely Millennials driving this growth, whose interest in SUVs increases as they start creating kids of their own. Many also see SUVs as being inextricably linked to living an active, adventure-filled life.

And finally, implying that each and every viewer of the commercial is an MVP in his or her own way is a smart touch, as flattery is always appreciated.