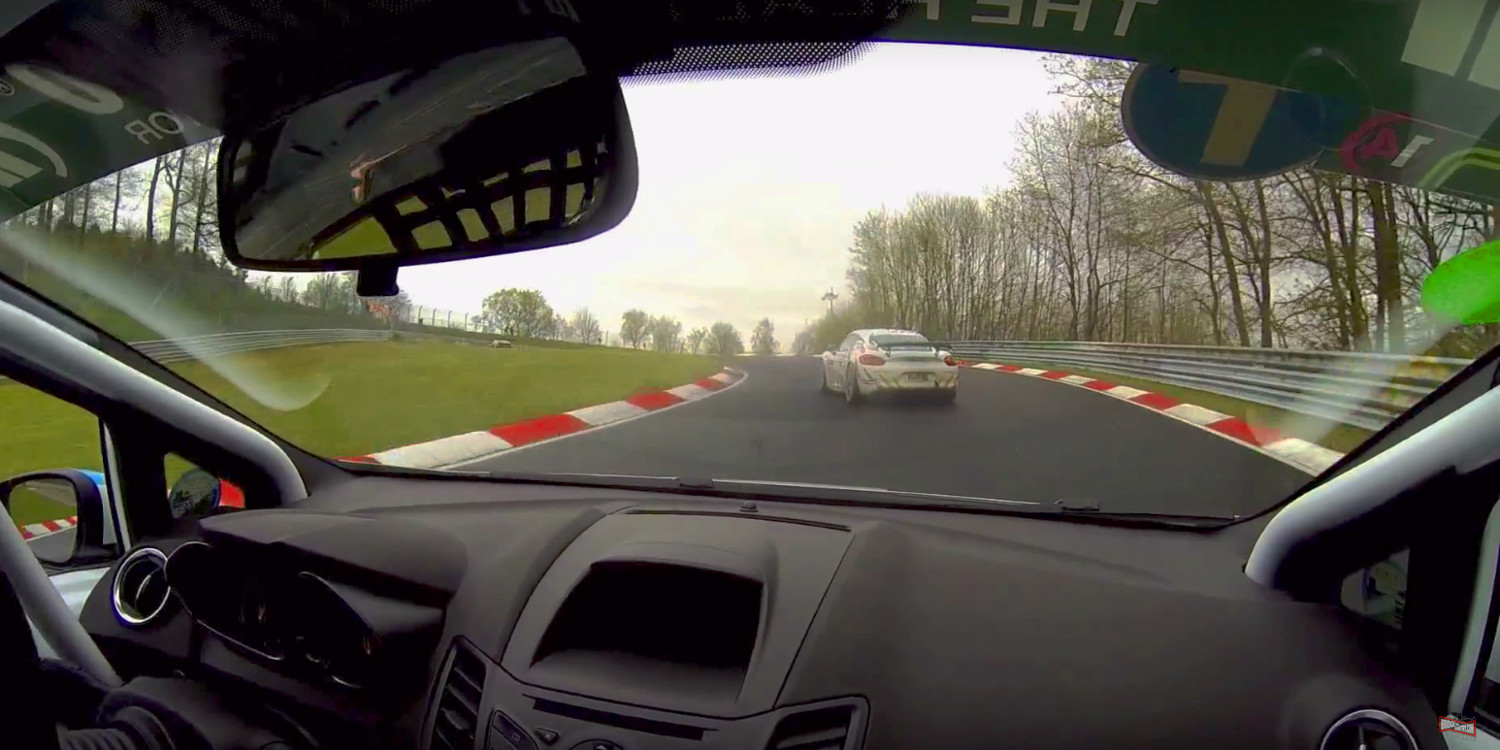 Taking your pedigreed, expensive Porsche Cayman GT4 out to the race track, we figure it must be every sort of annoying to see a pesky little Ford Fiesta in your rearview that just won’t back off.

So, it’s with a certain measure of compassion for the Porsche driver that we view the video above, courtesy of YouTuber BridgeToGantry, wherein we get to watch driving footage from onboard a Ford Fiesta as it chases down one of the most elite, purpose-built Porsche variants available.

This is an impressive bit of driving, considering the massive performance gap between the two cars – although we don’t know what sort of modifications either car might be sporting. From the factory, though, the Porsche Cayman GT4 serves up some 385 horsepower, with plenty of aerodynamic downforce, rear-wheel drive, and a balanced, mid-engine layout. The Ford Fiesta ST produces just 197HP stock (on overboost), with a transverse-mounted engine which sits at the front, and front-wheel drive.

Even still, were it not for the wet track, the little Ford Fiesta might just have caught up to its unlikely rival from Zuffenhausen.