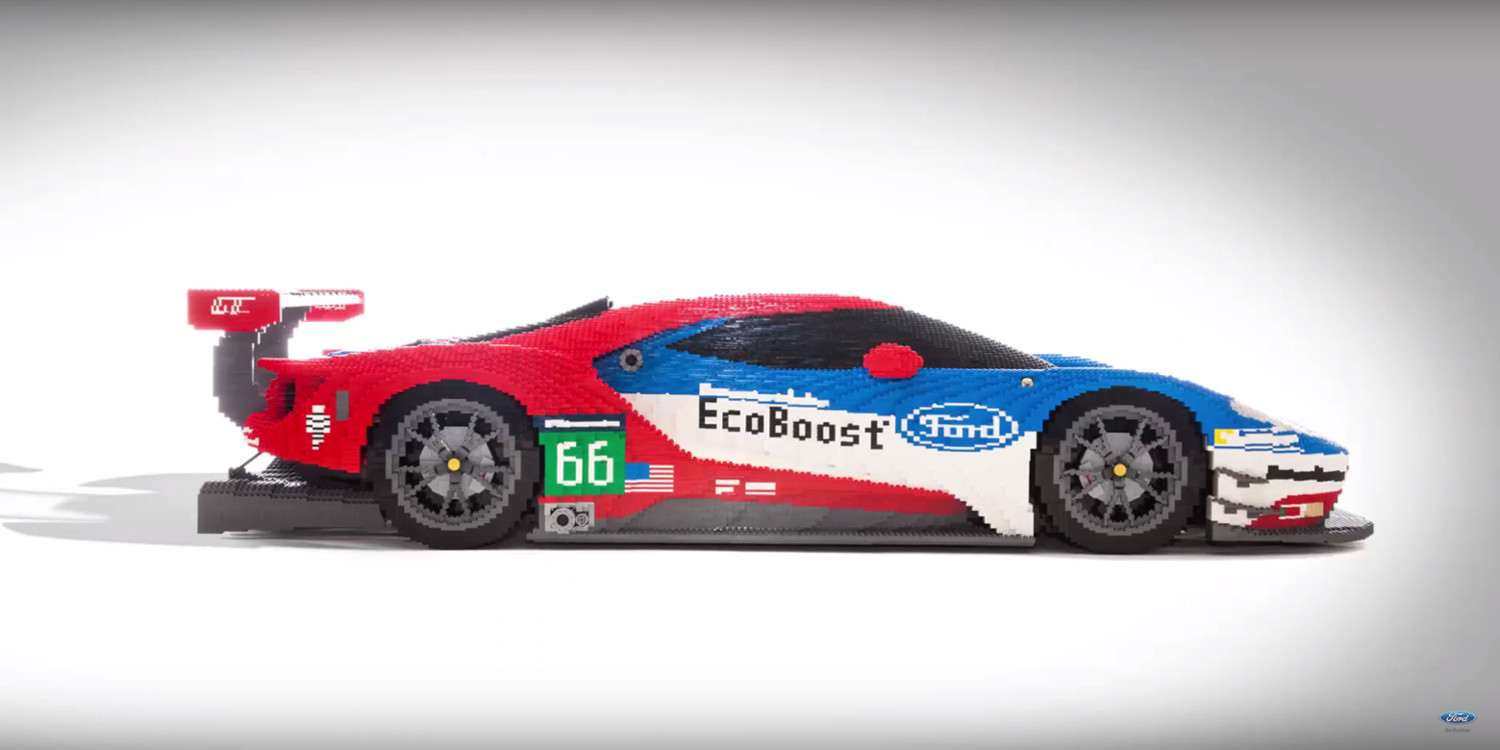 At the same time that four Ford GT entries take to the grid at this year’s 24 Hours of Le Mans in France, a very different sort of EcoBoost-branded race car will be present at the Circuit de la Sarthe: a one-third-scale model made entirely of Lego bricks.

This Lego Ford GT race car has been constructed from some 40,000 total pieces, and it wears the number 66 – the same racing number as on the car that tragically crashed out of the 6 Hours of Spa last month. It will appear alongside a similarly-complex Lego model of the Ford GT40, which will be celebrating the 50-year anniversary of its historic 1966 Le Mans win at the event.

In all, it takes about three weeks for a Lego model as complex as this one-third-scale Ford GT to be constructed. In addition to the No. 66 Ford GT, the Chip Ganassi team will be running entries wearing the numbers 67, 68, and 69 – all in reference to the GT40’s Le Mans wins (from 1966 through 1969).

Be sure to tune-in on June 18th and 19th for coverage of the 2016 24 Hours of Le Mans. Ford will host its own live stream of the event on YouTube.