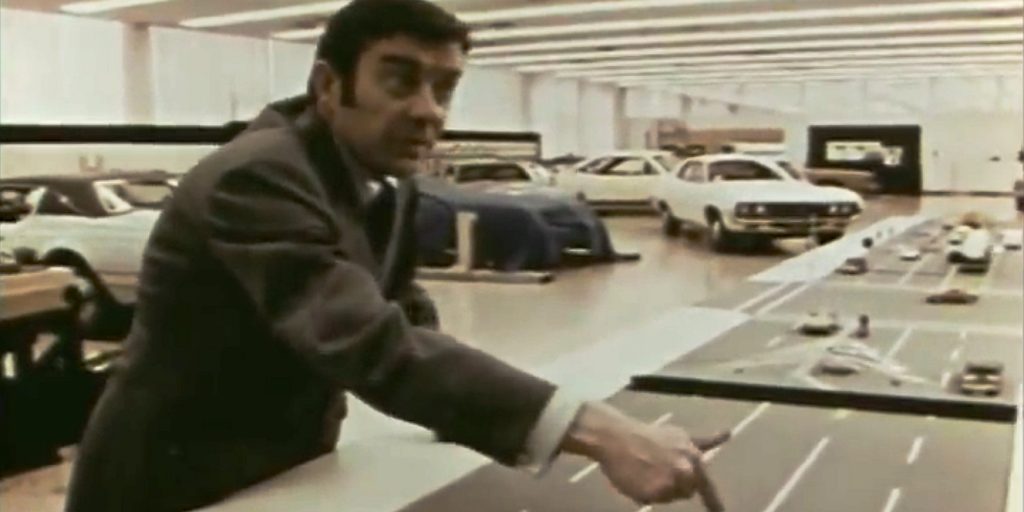 In the early 1970s, the US government had just started to get serious about mandating minimum safety standards from automakers, forcing designers at Ford and its many competitors to get creative in order to hit every government regulation, while still producing something that would prove desirable to American consumers.

Attempting to solve that problem gets at the very heart of what it means to be an automotive designer – something that was as true back then as it is today. The above film, shot inside Ford’s Advanced Design Studio circa 1973, renders that fact readily apparent. With all its talk of regulations, packaging concerns, and a modicum of bitterness toward anyone who regards vehicle designers as mere “stylists,” you might be forgiven for thinking this film was produced in the present day – were it not for the grainy, vintage picture quality.

Of course, as website Form Trends points out, Ford’s design concerns have grown in number since this film was made. Ford Motor Company and other global automakers still have to worry about visibility, safety equipment, and crumple zones, of course, but in addition, designers must also concern themselves with aerodynamic efficiency, active safety devices and autonomous equipment, and even new powertrain configurations (for much of its history, the automobile was front-engine, rear-wheel drive in the vast majority of cases, with no electric motors to be found).

Check out the video above to hear the sort of concerns that Ford’s design staff grappled with even back in the early 1970s.

Can Today’s Ford Mustang Still Be Called A ‘Pony Car?’