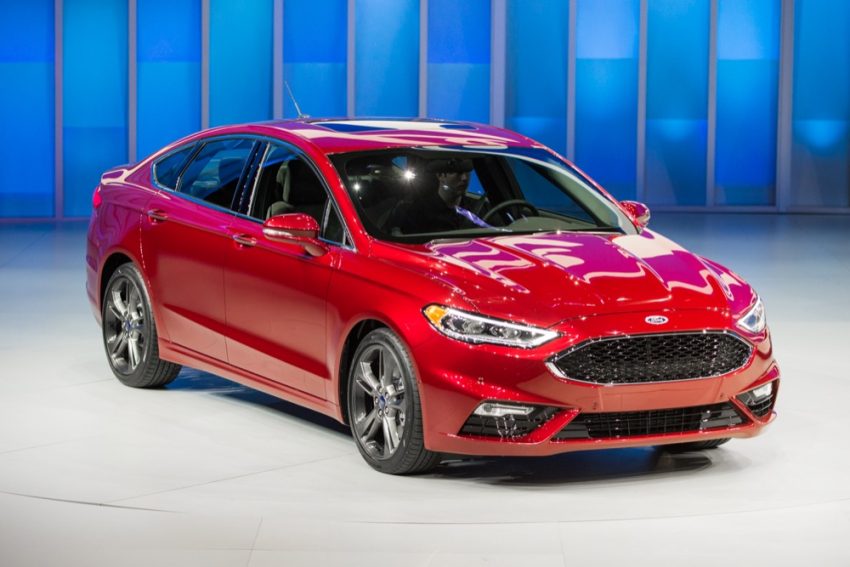 The revamped Ford Fusion received a “Good” score in all five crashworthiness categories measured by the IIHS: Small Overlap Front, Moderate Overlap Front, Side, Roof Strength, and Head Restraints/Seats. Previous model years of the Ford Fusion sedan received a “Good” score in four of the five categories, but garnered only an “Acceptable” rating in the Small Overlap Front crash test. The 2017 Ford Fusion’s improved performance in that test can be traced to a modified front-end structure.

A “Good” score in all five of those categories is enough to earn the 2017 Ford Fusion a “Top Safety Pick” award; in order to get the “Plus,” the Fusion had to demonstrate outstanding frontal collision-prevention features. It did that with its available forward collision warning with active braking, which allowed the car to avoid frontal impacts at 12 and 25 mph in track testing.

“The 2017 Ford Fusion is our most advanced car yet and we’re proud to see it recognized by NHTSA and the IIHS for its safety performance too,” said Ford Chief Program Engineer Bill Strickland. “Great new features include a pedestrian detection system and hands-free parallel and perpendicular parking capability, as well as existing optional lane-keeping assist and Blind Spot Information System with cross-traffic alert.”