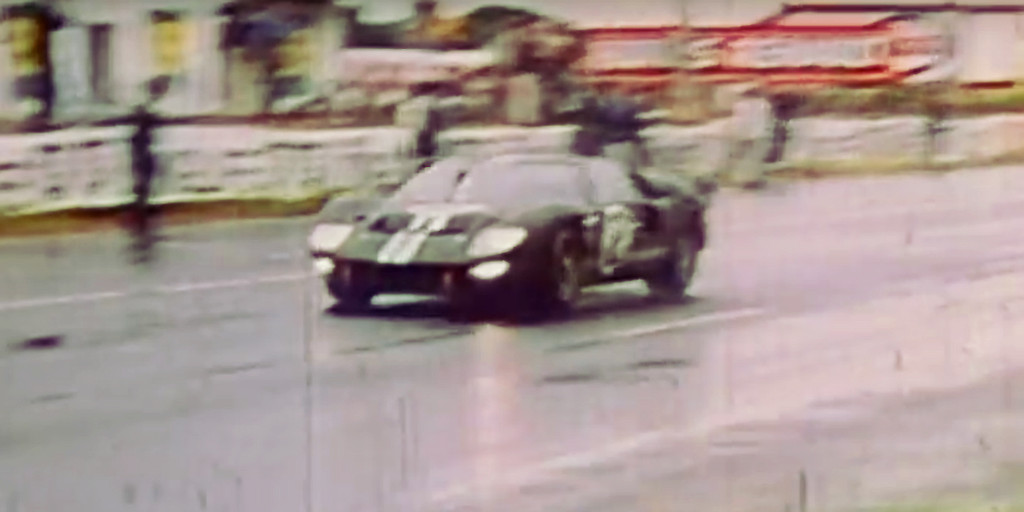 Chris Amon is a retired racing driver from New Zealand. Now 72 years-old, Amon earned himself a reputation as the best Formula 1 driver to never win a championship Grand Prix, quite often due to poor luck.

Ford recently sat down with the retired driver to talk about his experience at the 1966 24 Hours of Le Mans, at which he drove the No. 2 Ford entry to victory with Bruce McLaren. While the No. 1 Ford GT40 is commonly regarded as the winner “in spirit,” having led until the last few moments of the race, it’s the No. 2 entry that’s gone down in history as the official victor; Ford had orchestrated a finish wherein both cars were to cross the line side-by-side, but due to No. 2’s starting position further back on the grid, race officials ruled that it had technically covered more distance.

Still, the significant accomplishments of Chris Amon and Bruce McLaren in that race can hardly be overstated.

Speaking to Ford about that auspicious day, the 72-year-old driver was asked who his biggest rival was – Ferrari, or the other Ford GT40 cars. “[Bruce McLaren and I] both knew our main competitors would be the other Fords,” said Amon. “We ran at Le Mans in ’65 in the GT40 and we were so much faster than Ferrari until we had reliability issues. We knew Ferrari had improved, but so had we, especially on the reliability front, and that proved to be the case in the race.”

He continued to talk about the circumstances behind the No. 2 Ford GT40’s Le Mans performance. “Bruce drove the first stints. I recall it was damp and we were running on intermediate Firestone tyres and at 210-220 mph on the Mulsanne Straight, the tyres were shedding tread. I took over from Bruce and he spoke to Firestone and they generously said we could switch to the Goodyears the other GT40s were running. Bruce said to me we had to drive the doors off the thing so we did.”

Ford then asked: “Was that the moment that he shouted ‘Go like hell?’”

“Yes, and there was a bit of history to that,” responded Amon. “We had both driven the first two 7-litre cars at Le Mans the previous year: Bruce with Ken Miles and myself with Phil Hill. We were warned to be careful with the gearbox as they were new and unproven and both cars retired with gearbox failures. The McLaren team was commissioned by Ford to build a lightweight version of the GT40 for possible use in 1966. I did the testing of this and drove it in some Can Am type events in the US in late ’65. Around that time I was also doing testing at Sebring and Daytona with the standard car and was experiencing a few mechanical issues.

“As a result of the above when I went to Daytona for the 24 hours paired with Bruce, I was not fully confident on the reliability front if we were to drive hard the whole race. So I suggested to Bruce that we set a fairly conservative pace for the race, and whilst we might be running out of the top three in the early stages, we might be the only one there at the end. We finished fifth.

“Our attitude for Le Mans, because of the Daytona result was obviously different. We decided to set a pace for ourselves, which would keep us in touch with the lead and then go for it later in the race. This strategy fell apart when our tyres started losing treads early in the race and we lost considerable time. Bruce and I were both contracted to Firestone so it was a difficult thing for Bruce to negotiate a switch to Goodyear. When I was called in to change tyres I think Bruce’s frustration had reached boiling point, he put his head through the car door and said ‘Go like hell.'”

And “go like hell” he did. For the rest of Ford’s interview with Le Mans-winning driver, check out Part 2.