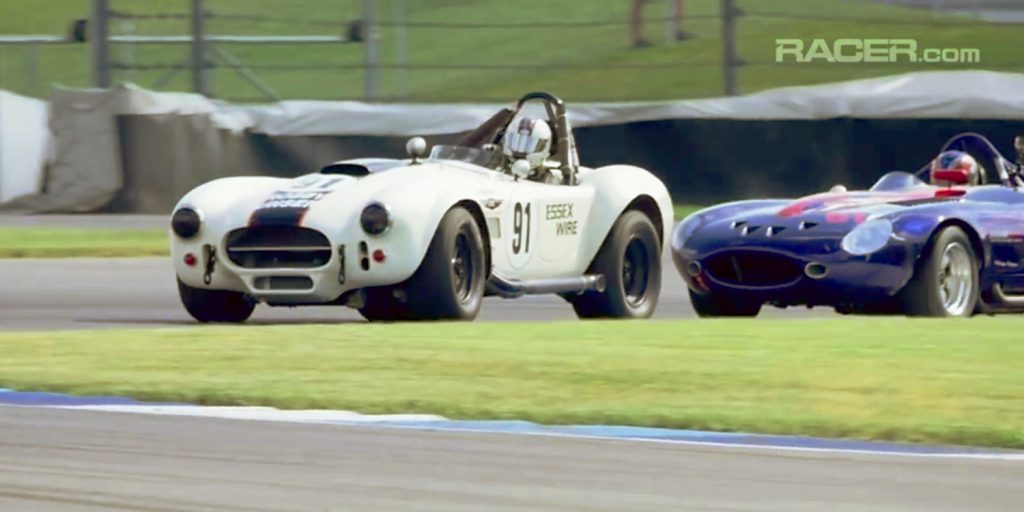 German racing driver André Ahrlé had a big weekend earlier in the month, driving a 1965 Shelby Cobra to victory with Robby Unser at the Indy Legends Pro-Am race.

The Indy Legends Pro-Am was the premier event at the Sportscar Vintage Racing Association (SVRA) Brickyard Vintage Racing Invitational held in June. It’s a charity race, pairing veteran Indy 500 drivers with amateur racing partners. In the No. 91 Shelby Cobra driven by André Ahrlé and Robby Unser, Ahrlé was the “amateur.”

That’s not to say that Mr. Ahrlé is by any means a newcomer to racing; he drove for Larbre Porsche in the FIA GT Championship in 2001, and competed in several runnings of the 24 Hours of Le Mans from 1996 to 2002. Robby Unser, meanwhile, has had two starts in the Indianapolis 500, and enjoyed a respectable career in the Indy Racing League (now known as “IndyCar”). He’s also a nine-time winner of the Pikes Peak International Hillclimb.

From Racer‘s chat with André Ahrlé in the video above, it certainly seems like he and Robby Unser hit it off at the SVRA Brickyard Vintage Racing Invitational. There may be additional collaborations in the two drivers’ futures, perhaps including a Pikes Peak run?