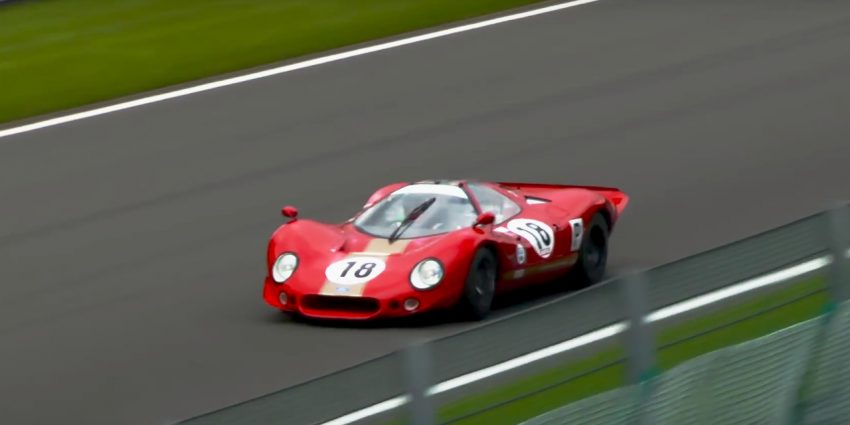 The Ford Cosworth DFV – or “Double Four Valve,” after its duo of cylinder banks and four valves per cylinder – is perhaps among the best-known Formula 1 engines ever developed.

It’s also likely among the best-sounding, although that’s quite subjective.

It’s the Ford Cosworth DFV that powers this 1968 Ford P68 racing prototype, which was developed after Ford withdrew from the FIA World Sportscar Championship the previous year. Ford GT40s went on to win at Le Mans even after the withdrawal of factory support, in 1968 and 1969, but Alan Mann Racing set its sights on an entirely new competition class, developing the aerodynamically-efficient, aluminum-monocoque Ford P68 (a.k.a. “Ford 3L GT”) to race in the top-tier prototype category.

The Ford P68 has a rather unfortunate racing history, having entered just eight events without finishing a single one of them. Even when the prototype wasn’t retiring from a failed engine, drivetrain, electronics, or something else, top racing talent was flat-out refusing to drive it due to its inherent instability at speed.

And that’s really too bad, because the Ford P68 is a stunning, unique prototype with the voice of a world-class operatic tenor. See for yourself in the video above.