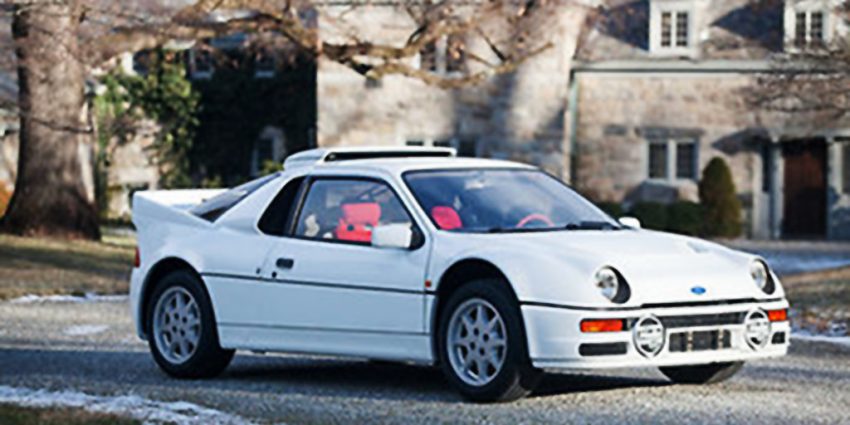 Ask any diehard fan of Ford’s high-performance past about the Ford RS200, and they’ll likely tell you pretty much the same thing: it’s a veritable rally-bred unicorn that ranks among the coolest and most surprising road-legal cars of all time.

The Ford RS200 was built in very limited numbers from 1984 to 1986, solely for the purpose of passing Group B rally homologation rules, which required that 200 road-going examples of a car be built in order for it to race. It had a mid-mounted, 1.8-liter Cosworth four-cylinder, capable of spitting out an insane 450 horsepower in its competition spec (although just 250HP in the road car).

And now, one has turned up on eBay, being sold out of San Antonio, Texas.

The example being auctioned is a beautifully-kept three-owner car, with just 1,240 original miles making it one of the lowest-mileage Ford RS200 examples in existence. The car wears Chassis No. 169, and according to the seller, it was one of the last examples to be delivered from manufacturer’s stock – if not the last. Although it’s a 1986 model year car, it reportedly sat at Ford’s motorsport facility in Boreham, England until 1994, when it was finally bought and imported by a Michigan collector.

The Ford RS200 would make a spectacular addition to any classic car collection; as such, one should expect to pay a rather spectacular price for it. At the time of this writing, this eBay car has a winning bid of over $270k, although the reserve hasn’t yet been met.

This Group B rally car built for the street is certainly anything but cheap. But then, neither are time machines.

See more photos and catch up on this Ford RS200’s full, detailed history on the original eBay listing.