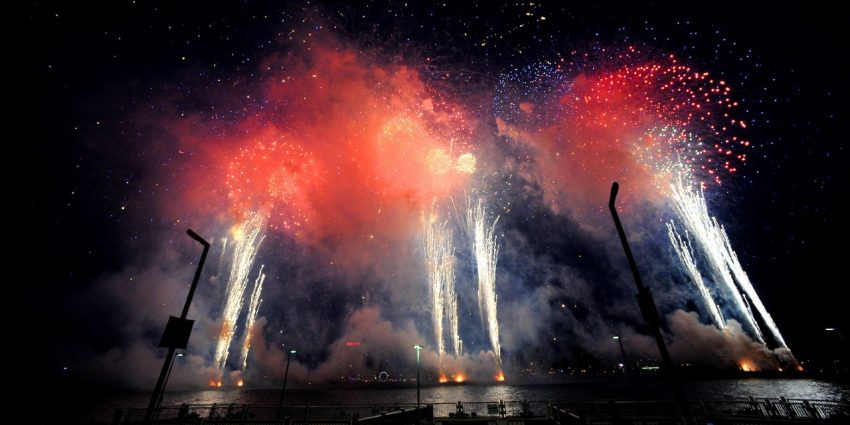 Save the date; the annual Ford Fireworks – an expertly-curated pyrotechnic display celebrating American independence – will take place on Monday, June 27th over the Detroit, Michigan riverfront.

Ford is once again serving as the title sponsor for the event, which will feature some 10,000 fireworks in a show choreographed by Patrick Brault. Brault is a world-class pyrotechnician, whose long resume includes displays like the 2010 Vancouver Winter Olympics. The pyrotechnic display – the theme of which this year is “Go Forward Detroit” – will start at 9:48pm.

Ford has plenty more scheduled for the evening, as well. The automaker is working with the Yankee Air Museum in Belleville, Michigan to arrange a Vintage Planes Flyover with six or more World War II-era planes. Additionally, Ford will be distributing free Department of Natural Resources (DNR) Recreation Passports to the first 1,000 cars lined-up for admission into the historic park on Belle Isle, and along with the Detroit Riverfront Conservancy, Ford will sponsor a special Student VIP Viewing Zone at West Riverfront Park.

Some 3,000 Detroit-area students were selected to receive a pass to the Viewing Zone based on academic performance, community service, and the like.

“Ford has never wavered in its support for the people and communities of southeast Michigan,” said Ford Motor Company Fund President Jim Vella. “The Ford Fireworks is a celebration of our common heritage as Americans, while also embracing the diversity that makes us stronger as a community and showcases the pride we share of being Detroiters.”