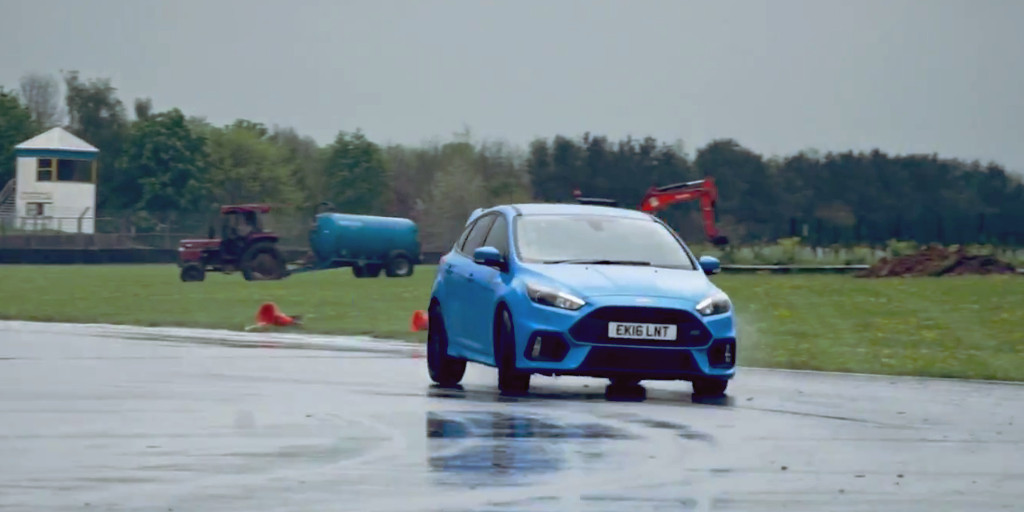 High-output EcoBoost engine and boyish hot-hatch charm aside, what perhaps appeals most about the new, 2016 Ford Focus RS is its revolutionary “Drift” mode, which promises to make a daredevil superstar out of just about any driver.

The Ford Focus RS’ Drift mode makes getting the performance hot-hatch sideways a cinch by altering parameters such as the steering, damper stiffness, and front-to-rear torque distribution to promote oversteer. Stability control is left off until an excessive yaw-rate is detected, at which point the car can intervene to spare the driver the embarrassment of having to explain what happened to emergency workers. “Honest, officer: I don’t know what happened. It’s like the car was possessed.”

All of this makes drifting the Mk III Ford Focus RS so easy that anyone ought to be able to manage – and that’s just what Carfection set ought to prove in their latest video. Somehow or another, host Alex Goy managed to convince his mother, Ms. Hilary Goy, to try and get the new Ford Focus RS sideways on a wet track, and after a few demonstration laps and some instruction from a member of Ford’s press team, she was ready to try drifting herself.

Did Ms. Goy succeed in getting the 2016 Ford Focus RS to slide sideways around a corner at speed? Watch the video above to find out.