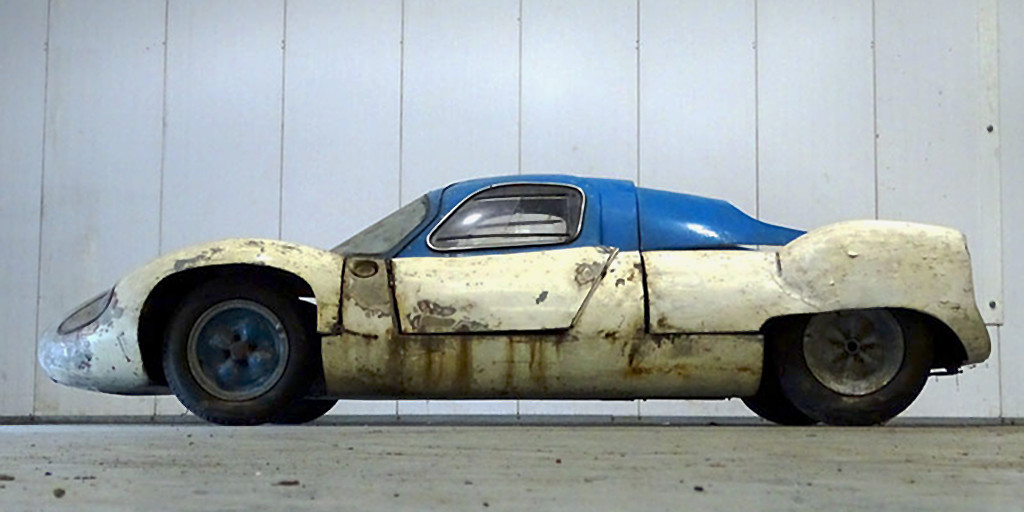 The Costin Nathan was originally powered by a 998-cc Hillman Imp inline-four, ordinarily putting it beyond the scope of this Ford-focused website. But, seeing as this example ships with an unoriginal Ford-based Twin-Cam, we’ve decided to make an exception.

The Costin Nathan was the result of a collaboration between engineer and aerodynamicist Frank Costin, and racer/tuner Roger Nathan, who designed the car around a plywood monocoque and tubular steel subframes in the front and rear. This sort of composition sounds utterly bizarre today, but it was similar to several designs that Costin had done prior.

In the end, the full car ended up weighing just 700 pounds, and featured independent suspensions front and rear, with disk brakes and magnesium alloy wheels all around. Thanks to its light weight and slipperiness, the Costin Nathan proved itself worthy in various motorsport events, earning five wins and a second-place finish in its class through 1966, including at the Coupe de Paris in September. In January of 1967, this Works Prototype was sold to G.M. Horsley, who had the Ford-based Lotus Twin-Cam engine installed, while retaining the original Hewland MK5 gearbox.

Horsley continued to campaign the Lotus-Ford-powered Costin Nathan for several years, but misfortune and teething issues kept it from ever being truly competitive beyond its 1966 season, and it was retired to Horsley’s personal collection for nearly half-a-century. Mr. G.M. Horsley has since passed away, bringing the original Costin Nathan Works Prototype back into the public eye.