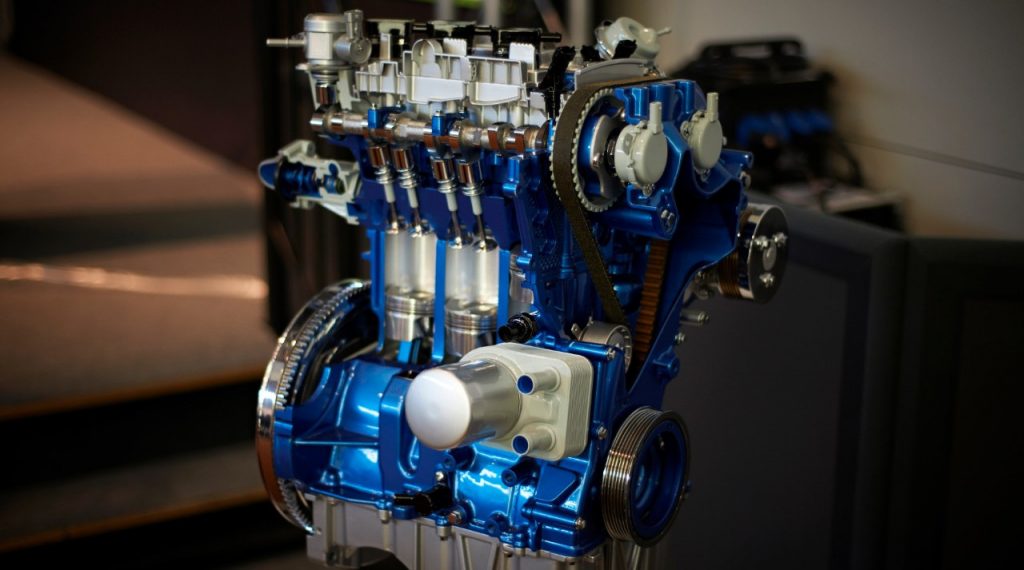 Ford’s 1.0-liter, three-cylinder EcoBoost engine just won the 2016 “International Engine of the Year” award for small engines displacing less than one liter. This is the 1.0L EcoBoost’s fifth consecutive win in its class.

The 2016 International Engine of the Year awards were decided by a panel of 65 automotive journalists from 31 countries. The tiny Ford EcoBoost engine has won the award every year since its initial launch for the 2012 model year, despite growing competition. This year, there were 32 other competitors in its class, versus just 13 in 2012. From 2012 to 2014, the 1.0L EcoBoost was also named the overall International Engine of the Year three consecutive times, beating out winners from every other size and type category.

“The 1.0-litre EcoBoost was a game-changer, and despite others following our lead, it remains the undisputed benchmark in its class five years on,” says Ford Europe VP of Product Development Joe Bakaj. “The spirit of innovation continues to drive us as we look to use the same smart thinking for a new breed of efficient, clean and powerful down-sized diesel engines.”

Ford’s 1.0-liter EcoBoost three-cylinder powers approximately 1 in 5 new Ford vehicles sold in Europe. In the US, it is available in the Ford Fiesta SE and Ford Focus SE, producing 123 horsepower with 125 lb-ft of torque.