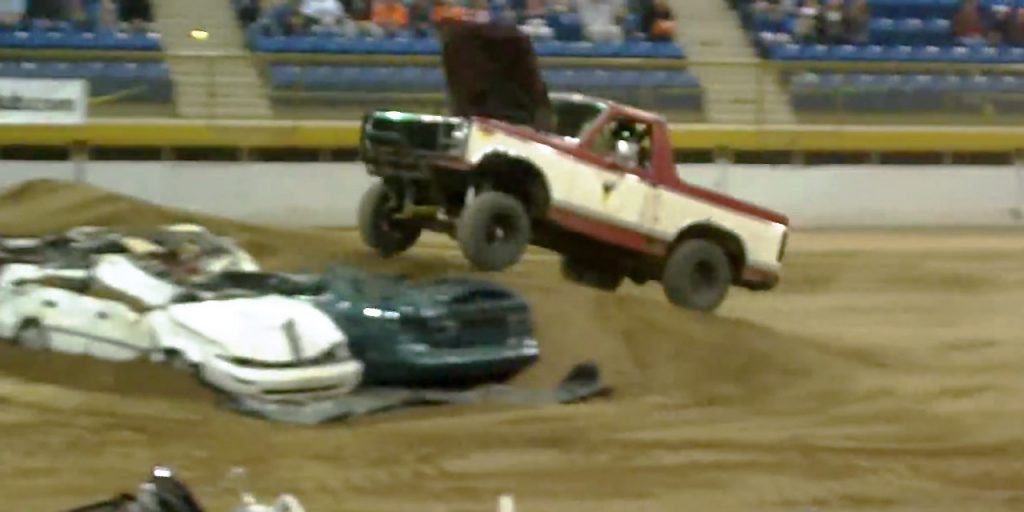 Arguably, there ain’t nothin’ more American than getting down to the nearest stadium to watch a few old trucks jump over scrap vehicles in a field of dirt.

Of course, the whole time most folks watch such a thing, they’re secretly hoping that something goes belly up – maybe a good, metal-crumpling crash, provided no one gets injured in the process.

At any rate, we’re feeding your (perhaps secret) love for dirt-jumping mayhem by sharing this: a video of a Ford Bronco completing two jumps over a few crushed cars with its hood erect, obscuring the driver’s forward view. We first saw the video on website Ford-Trucks.com, with whom we agree: this tuck might be needing a new hood (and latch).

Of course, one of the unfortunate side effects of driving with an erect hood is drag; this Ford Bronco probably wasn’t able to get up to its maximum launch velocity here, seeing as much of its power was likely lost to overcoming the force of the air.

Still, could jumping an old Ford Bronco in a crowded stadium ever possibly be not-entertaining? We doubt it.