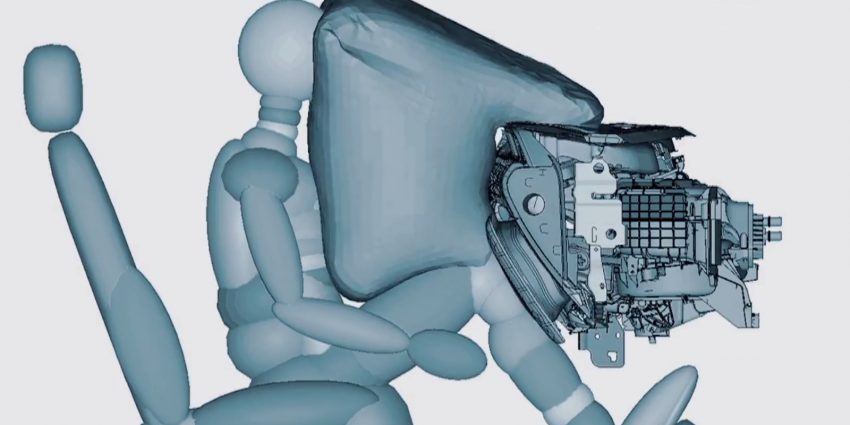 If you’re lucky, automotive safety systems are one of those things that you’ve never had occasion to pay much heed to before now. If you ever have had a crash, assuming that the airbags deployed, the car crumpled as it ought to have, and the seatbelts kept you properly restrained, you might have found yourself retrospectively grateful that all the equipment was in good working order.

In this brief clip from Ford, Systems Engineer Dave Bauch talks about some of the intricacies of automotive safety systems, rattling off a list of just some of the aspects on any given airbag and restraint system that need to function properly in order to protect vehicle occupants.

This isn’t an educational video from Ford; it’s a marketing one. A narrator comes in an about the 30-second mark to tell the viewer: “It takes an entire system to properly deploy an airbag in less time than you can blink. One wrong part could change that.” Then, the words “Keep your Ford and Ford” appear on the screen as the video ends.

Ford’s intent here isn’t to educate the viewer; it’s to stress to them the importance of trusting only Original Equipment parts, which typically wear loftier price tags than their OEM or aftermarket counterparts. With regard to what makes an airbag deploy in the event of a crash, it might indeed be prudent to stick to OE components.

With regard to most everything else, however, OE parts typically aren’t going to mean the difference between life and death. Keep your Ford a Ford… when it makes sense to.