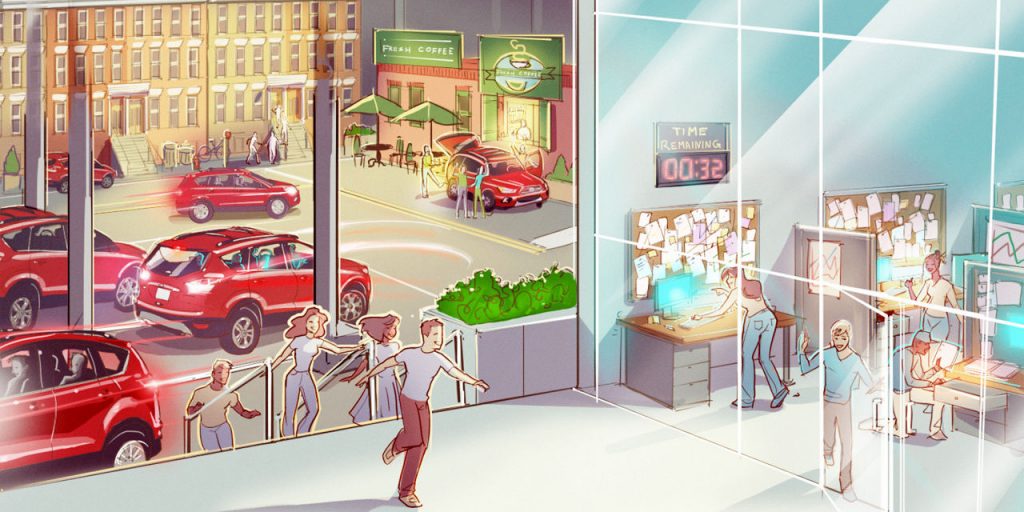 “Escape the Room” creator Victor Blake has been tapped to create a large-scale version of the game that utilizes the 2017 Ford Escape crossover.

For the uninitiated, “Escape the Room” is a group puzzle game where teams of people are put into rooms, each with its own complex, multi-part puzzle, and made to use their collective problem-solving abilities to complete it and earn the right to leave. It was first introduced in New York City in 2014, and has since spread to 18 different cities across the US, becoming quite popular among Millennials especially.

Now, website Co.Create reports that the same format will be applied to an experience featuring the new, 2017 Ford Escape. Each team that participates will be given the keys to the newly-revamped CUV, and will have to use it in order to solve a 35,000-square-foot indoor puzzle at Moynihan Station in midtown Manhattan. At least one member of each team must have a valid driver’s license, and together, each group will use many of the Ford Escape’s advanced features in solving the puzzles – including the rearview camera, active park assist, and Sony audio system.

The Ford Escape edition of Escape the Room is really just a test drive in clever disguise. It’s scheduled to take place from June 24th through the 26th, and creator Victor Blake predicts that only about 20% of the participants will be able to solve all of the riddles. That’s about the standard rate of success for more typical Escape the Room challenges.

“I was a little worried in the beginning that Ford would be like, ‘You can’t have people lose,’ or ‘You can’t do this or that,'” Blake told Co.Create, “but they were like, ‘Do whatever you want.'”

Can You Solve This Ford Mustang Puzzle And Find All 11 Models?