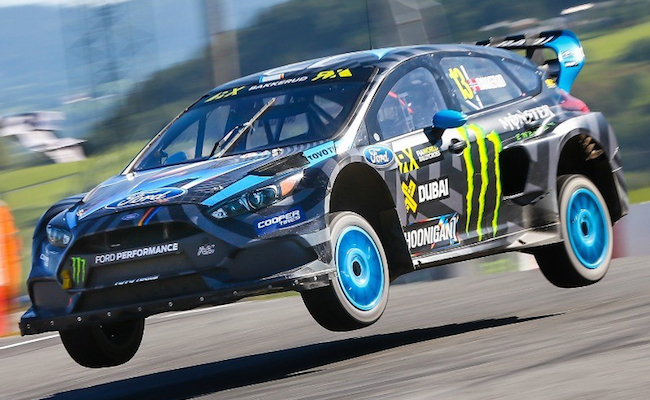 Five races into the FIA World Rallycross Championship and the new-for-2016 Ford Focus RS RX has taken its first-ever win.

Ford Hoonigan Racing Division driver Andreas Bakkerud piloted the #13 Ford Focus RS RX to the top of the podium Sunday in the FIA WRX round in Hell, Norway. It was a dominant weekend for Bakkerud, with the young Norwegian becoming the first driver to sweep all four qualifying rounds in an FIA WRX weekend.

“It’s crazy that we won on home soil,” Bakkerud said Sunday. “I am so proud of the whole team. This is only our fifth event! I am so pumped and so stoked to be a part of this great team. A big thank you to all of our partners.”

Bakkerud’s teammate Ken Block qualified second in the first two qualifying rounds of the weekend before being sidelined from the semi finals with mechanical issues. Block earned the Focus RS RX its first ever podium earlier this year during the second round of FIA WRX competition in Hockenheim, Germany.

Check out the recap of Bakkerud’s win in the video above.