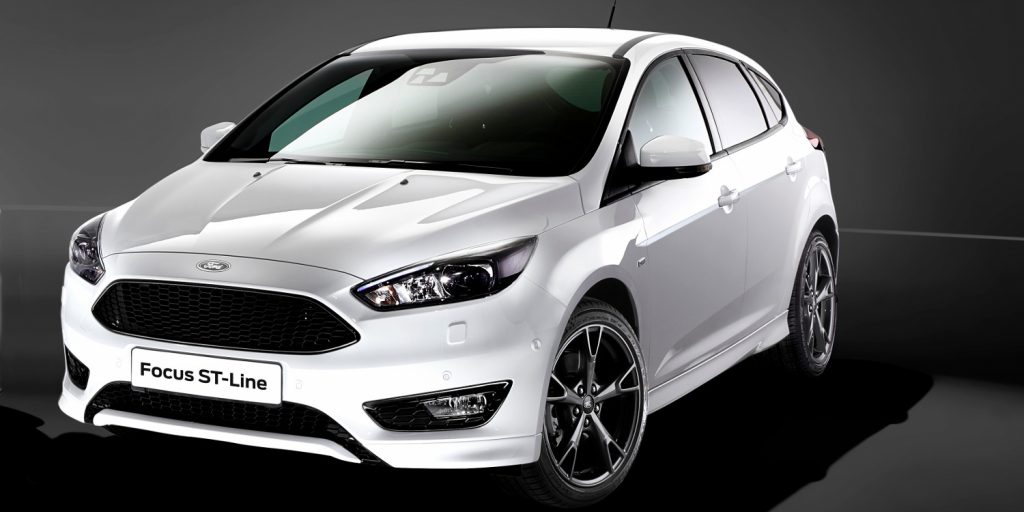 Ford Europe this week announced the release of a brand new “ST-Line” range of models, with styling and performance inspired by the ST-badged hot-hatches we all know and love.

With that, say hello to the new Ford Focus ST-Line.

The Ford Focus ST-Line was created for customers who want the sporty looks of the Focus ST, but who neither want nor need the full performance package, according to the automaker. As such, the 2.0-liter, 252-horsepower EcoBoost I4 usually found under the bonnet is nowhere to be seen on the options list. Instead, Ford offers a variety of petrol and diesel engines ranging in power output from 120 to 180 horsepower:

Transmission options for the Ford Focus ST-Line include a 6-speed manual like that offered on the regular ST, as well as a 6-speed automatic or 6-speed PowerShift dual-clutch unit. The latter comes with wheel-mounted paddle shifters.

That all might not sound overly exciting, but the good news is that the new Ford Focus ST-Line ships with a sportier suspension than the run-of-the-mill Focus, riding a full 10mm closer to the ground. Some enticing, sporty design elements have made their way onto the car, as well, including a honeycomb grille pattern, a diffuser and a big roof spoiler in the rear, and special, 17-inch Rock Metallic Gray alloy wheels. Inside, you’ll be greeted by red-stitched sport seats, an ST-style steering wheel and gear knob, and new “ST-Line” scuff plates.

In all, Ford Europe plans to bring out four new ST-Line models before the end of the year, including this new Focus ST-Line. With looks every bit as aggressive as those possessed by the existing ST-badged hatchbacks, coupled with more fuel-efficient and convenient powertrains, Ford Europe might actually have found a winning formula – even if it is a facsimile of a still better car.