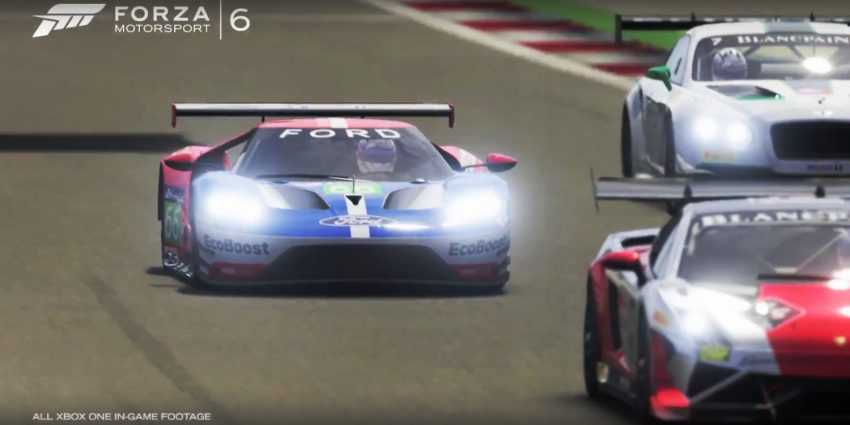 The download contains a virtual rendition of the very same Ford GT that Chip Ganassi Racing will be running at the 2016 24 Hours of Le Mans with Ford factory support.

Ford Performance says that the reason for the free download is to celebrate the automaker’s historic 1-2-3 finish at Le Mans fifty years ago, in 1966. This year, Ford is hoping to relive the glory of that day with a new, cutting-edge Ford GT, powered by a 600+ horsepower EcoBoost V6 displacing 3.5 liters.

It’s quite a different animal compared to the 7.0-liter Ford GT40 Mk II that upset Ferrari’s Le Mans winning streak all those years ago.

The Ford-Ferrari rivalry is still very much alive in 2016, with the Italian firm’s 488 GTE proving to be the car to beat. Both the Ferrari and the Ford GT Le Mans will battle it out for first-place June 18th through the 19th, in the GTE-Pro class. Ford Performance will provide a live-stream of the full, 24-hour event on YouTube for fans to enjoy, featuring footage from inside the garage, and onboard each of the four Ford GT race cars.