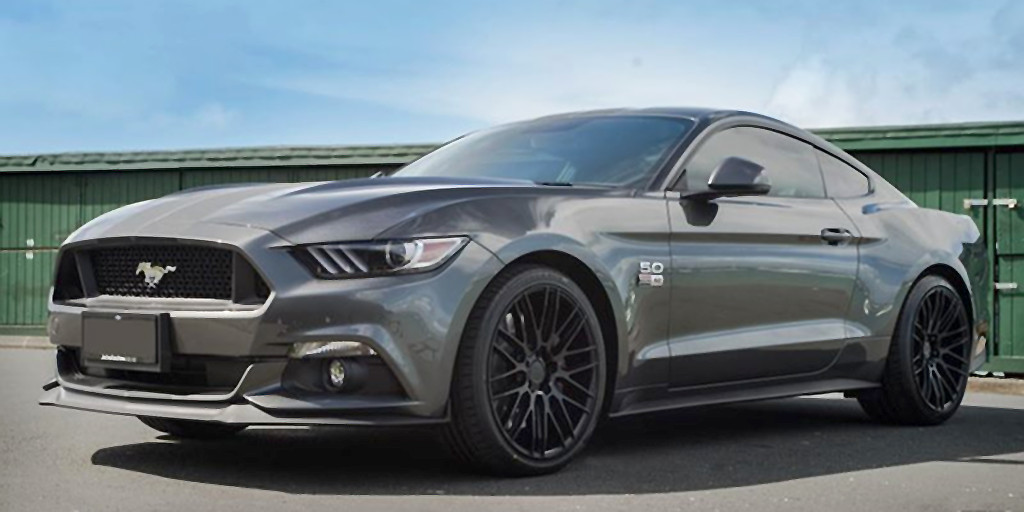 A brand-new, 2016 Ford Mustang GT is being auctioned in New Zealand with a reserve price of $1, according to local website Stuff.co.nz. The pony car has been provided at no cost by Auckland car dealer John Andrew Ford and Mazda, with proceeds from its sale to benefit Camp Quality.

Camp Quality is a non-profit which helps families dealing with cancer by providing summer camps and year-round support.

Online bidding on the 2016 Ford Mustang GT began yesterday, and already, the bid price has surpassed $100k. The car is valued at around $115k, thanks in part to a 670-horsepower CTB/Ford Performance Racing Stage 3 upgrade and BM13 Savini D forged alloy wheels. The Ford Mustang GT was built to appeal to the maximum number of potential bidders, as John Andrew Ford and Mazda conducted a string of online polls last year to determine what the most popular combination of color, powertrain, and equipment would be.

What New Zealanders collectively came up with was a V8-powered Ford Mustang GT fastback coupe with a manual transmission, shod in Magnetic paint. Better still, unlike those Kiwis who plan on purchasing the backordered Mustang the usual way, whoever wins the bid for this car can essentially take ownership straight away.

“The excitement and anticipation around the arrival and deliveries of the cars has been amazing,” said John Andrew Ford Sales Manager Shawn Rusby. “The sales team at John Andrew are proud that we can deliver this excitement with the help of our key suppliers and raise money for Camp Quality.”

Rusby went on to say: “Currently the Mustang has a waiting list and if you placed an order today you would be looking at early 2017 for delivery. By bidding on this car you have the opportunity to jump the queue and take delivery as early as the 17th June.”

Ford Teaming Up With Non-Profit ‘Girls Who Code’ In California